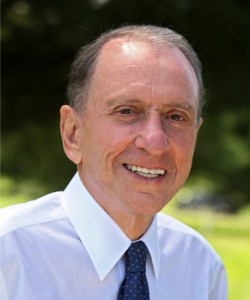 When he died October 14, former Senator Arlen Specter left behind a legacy as a champion for medical research. While he officially represented Pennsylvania in the US Senate, the fruit of his labor over three decades helped improve the health and well-being of millions of Americans across the country.

Politically speaking, he was a arguably a centrist—a dying breed these days. But that label belied the attack-dog energy he invested in what mattered to him. Ironically, the cause he held most deeply and pursued most ardently—medical research—is the one that killed him.

Early in 1998, my colleagues and I huddled in our small office conference room with Senator Specter to discuss appropriations for the National Institutes of Health, the federal government’s premier medical research agency. NIH had historically enjoyed the favor of Congress, but in recent years funding for the agency had fallen off, like so many other federal programs, the victim of austere budget times.

Most of Washington was still bruised from a contentious fight over the Clinton health care reform proposal. But contrarian that he was, Specter had his own take on health reform. If science could come up with cures, better diagnostic tools and more effective treatments for chronic diseases, he argued, wouldn’t that be the best reform of all?

He grabbed a slip of paper, did some quick calculations and came up with a formula for doubling the NIH budget over five years. Others had talked about it, but from his perch on the Senate Appropriations Committee, Specter together with his Democratic colleague Senator Tom Harkin, through sheer persistence and determination got it done.

In 2009, Congress began debating the make-up of an economic stimulus package. Early versions of the legislation included investments in infrastructure, energy and job training. Arlen Specter thought something was missing. For years he’d argued that medical research wasn’t just good social policy—it was good economic policy as well. In today’s parlance, medical research was a job-creator for the communities surrounding academic medical centers.

Specter’s proposal—a $10 billion infusion of new funds for NIH—took his colleagues by surprise. Some saw it as a pipe dream. Others thought it was a grandstand play. But to a man who’d fought and beat cancer twice, the value-added of medical research was not political, it was personal.

In the end, Specter won his point.

He was cantankerous, hard-bitten and willful. Just the man patients needed fighting for their side.

Dom Ruscio is a partner at Cavarocchi, Ruscio, Dennis Associates where he lobbies on health care policy.

He worked on the staff of the Senate Appropriations Committee and was subsequently appointed Deputy Assistant Secretary for Management and Budget at the U.S. Department of Health, Education and Welfare.