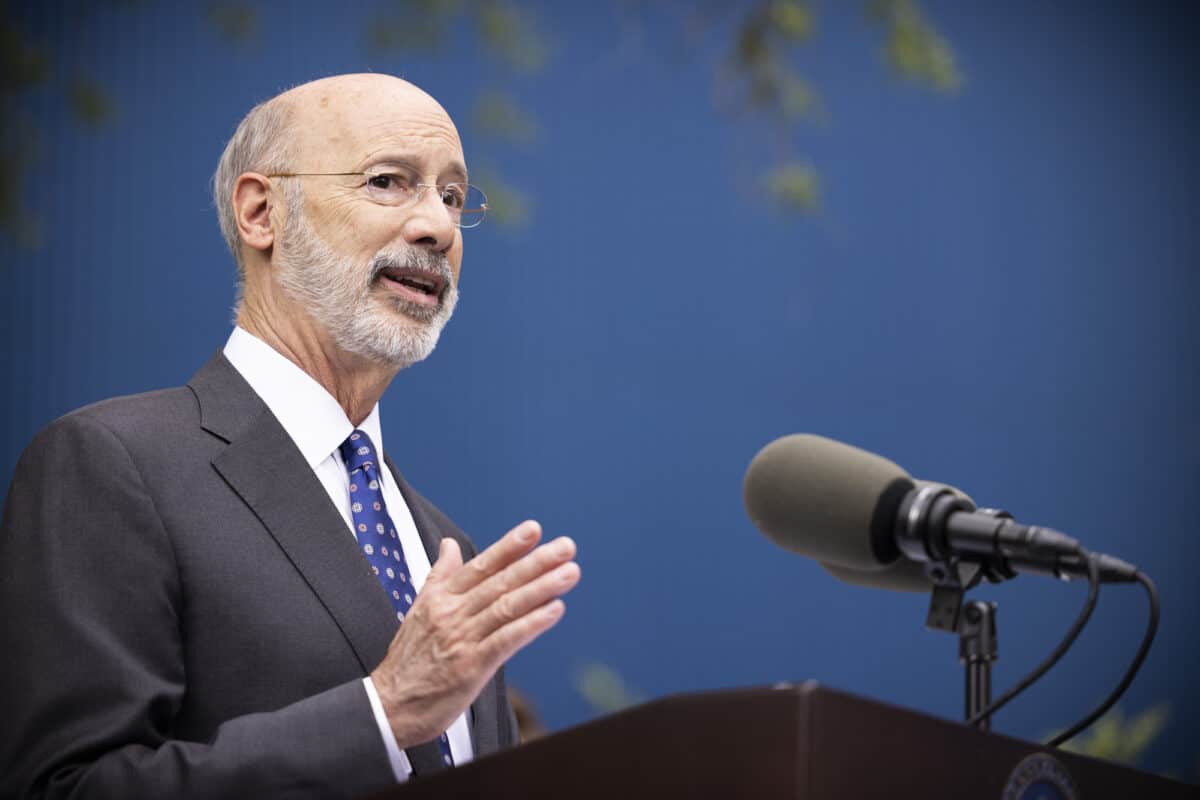 Pennsylvania governor Tom Wolf filed a lawsuit against the Republican-led General Assembly today for its attempt to ban abortion in the Commonwealth.

“The Republican-led General Assembly continues to take extraordinary steps to dismantle access to abortion and implement a radical agenda,” Wolf said in a statement. “Frustrated that their legislation may face my veto pen again, they instead loaded multiple unrelated constitutional amendments into ​a joint resolution and rammed the bill through during the budget process,” Gov. Wolf said. “As long as I remain governor, I will take every step to ensure that abortion remains legal, safe and accessible in Pennsylvania.”

Earlier in the summer, the state House and Senate passed Senate Bill 106, a joint resolution calling for four amendments to the Pennsylvania constitution:

The governor has expedited this request to the Pennsylvania Supreme Court because the Pennsylvania Department of State is constitutionally required to publicly advertise the amendments beginning Aug. 2. For this reason, Pennsylvania’s Acting Secretary of State Leigh M. Chapman is also named in the governor’s court filing.

Poilitical law attorney Adam Bonin tweeted that “This is a *bold* defense of the PA Constitution’s protections of a woman’s bodily autonomy coming from @GovernorTomWolf, that “the robust privacy rights acknowledged in the Declaration of Rights predate the Constitution’s enactment [and] are not subject to amendment.”

“To be clear, the Women’s Law Project (WLP) opposes the No Right to Abortion amendment in SB 106 no matter what bill number is attached or what process is used to advance it,” said WLP interim co-director Amal Bass in a statement. “The Pennsylvania constitution has broader protections, and is independent of, the U.S. constitution, including reproductive rights. The only purpose and effect of the No Right to Abortion amendment is to eliminate the reproductive rights we have protected by constitution so that Pennsylvania lawmakers can ban abortion in Pennsylvania.”

“Today, with his lawsuit seeking to stop this amendment, Gov. Wolf aims to short-circuit the democratic process, and deny the people – and their elected representatives – the opportunity to have a voice on this critical issue,” said Michael Geer, president of the Pennsylvania Family Institute.

Joint resolutions are constitutional amendments that do not require the governor’s signature and cannot be vetoed by the governor. They must be approved during two consecutive legislative sessions before being placed on the ballot. The proposed amendments packaged in the joint resolution must be approved by the legislature again in 2023-24 legislative session. On the current course, it’s possible that the amendments could be on the ballot in 2023.

“Make no mistake, this is a coordinated effort to take away reproductive rights. Further, Republicans moved Senate Bill 106 with the goal of creating a path toward an abortion ban without public debate and under the cover of night,” Wolf said. “Today, in the light of day, I am fulfilling my commitment to do everything I can to protect these rights.”

Since taking office in 2015, Wolf has vetoed three different anti-abortion bills introduced by members of the General Assembly and vowed to veto the rest.