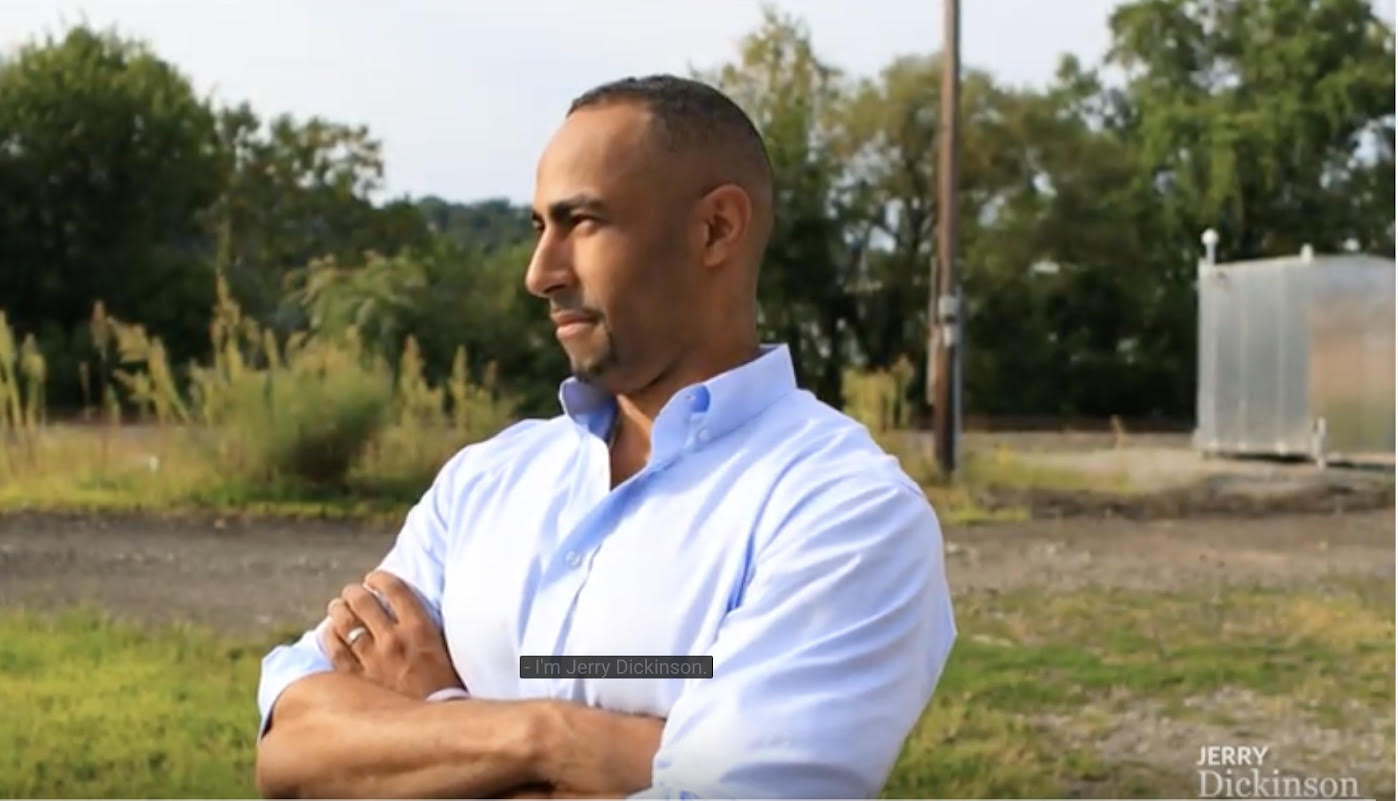 Jerry Dickinson, a law professor at the University of Pittsburgh, aired his campaign’s first television spot. It highlights his support for tackling climate change and takes a veiled swipe at Rep. Michael Doyle (D-Allegheny).

In the 30 second ad, “We Can’t Afford to Wait,” Dickinson talks about how children, like his daughter Aria and other growing up in “most marginalized communities, don’t have quality air or water” and said the effects of this are a “lifetime of illness.”

“And politicians, even some Democrats, take money from the fossil fuel industry and then lie, telling us we can wait to deal with climate change,” the ad says. “This is Aria. I don’t have time to wait.”

The spot doesn’t mention Doyle by name, but the incumbent has received over $220,000 from oil and gas interests during his three decades of campaigning, according to OpenSecrets. The industry ranks 11th in overall contributions to Doyle, behind utility companies, attorneys, and various categories of labor unions. Oil and gas contributions account for about 2.5 percent of Doyle’s overall career fundraising.

Doyle most recently addressed climate change at length during a town hall meeting in August. WESA reports that hundreds of western Pennsylvania residents attended the meeting to voice their concerns about closing of nuclear power plants, fracking, and pollution in the region. During that town hall, he referenced approaches like the Green New Deal, but has not pledged support for that specifically. PublicSource, who provided the first detailed profile into Dickinson’s campaign, wrote that he didn’t explicitly endorse the Green New Deal, but a spokesperson for his campaign tells PoliticsPA that Dickinson does support the Green New Deal. The lone PA cosponsor for the Green New Deal is Rep. Brendan Boyle (D-Philadelphia).

The Dickinson campaign tells PoliticsPA that the ad was aired only in the 18th Congressional district and is moving to digital outlets, like Facebook, for the next week.

This story was updated to provide the information that Dickinson has endorsed the Green New Deal.