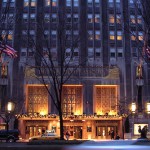 Pennsylvanians can’t stand Pennsylvania so much that they go to another state.

Last year the drama was election-related.  On the Democratic side, each of the major candidates for Governor hosted events.  For the Republicans, Tom Corbett and Pat Toomey had already earned most of the state party’s support, but a cadre of prospective Lieutenant Governor candidates kept things somewhat interesting.

This year the prevailing storylines will no doubt center on transition teams, whom will be named to Governor-elect Corbett’s cabinet and which staffers will be running Senator-elect Toomey’s various offices.  Look for some buzz surrounding a potential challenger to Mayor Michael Nutter in Philadelphia (“No one has any chance” of unseating him, says one veteran observer) and maybe some opening salvos in what looks like a contentious commissioners race in pivotal Montgomery County.

But otherwise, the focus will be on tracking who’s going to work for whom, and how Governor Corbett is going to tackle the state’s highest profile issues (like the budget, Marcellus Shale, and privatizing state liquor stores).

Speaking of Corbett, one veteran Pennsylvania Society attendee advised the Governor-elect to enjoy this year’s soirée, as many revelers will simply want a handshake and a chance to ingratiate themselves.  Next year, our source warned, they’re going to be angry about something.

How the West Was Won: One veteran Pennsylvania Society reveler said to look for this year’s Pennsylvania Society to further illustrate a shift already apparent in the leadership elections and transition team selections – the shift of power away from the Southeast and towards the western part of the state.  After eight years of the Rendell administration, this year’s edition of the annual gathering should be attended by a fresh crew of Corbett-enthusiasts, our source predicted.

All Quiet on the Southeastern Front? On the flip side, a different source told PoliticsPA to watch closely the turnout for Mayor Nutter’s fundraiser, and how active Rob Wonderling and the Greater Philadelphia Chamber of Commerce are throughout the weekend.  Without a natural advocate in the Governor’s mansion and the kind of leadership clout the Southeast is used to in the legislature, they may take Pennsylvania Society as their first chance to be more vocal advocates for Philadelphia and the surrounding suburbs.

Bob Casey as Elder Statesman: With Governor Rendell on the way out and Arlen Specter headed back to the private sector, Senator Casey is now the elder statesman in Pennsylvania’s regrouping Democratic Party.  Pay close attention to how well-attended his Saturday fundraiser is and who stops by to kiss the ring.  One observer predicted that turnout would be strong, fueled in part by Governor Casey’s posthumous honoring at the Annual Dinner on Saturday night.

Parties to Be At:

Christine Toretti’s Holiday Toasting: The kick-off event is one of the most exclusive tickets in town.  Face it.  You’re probably not getting in.

Republican State Committee’s Commonwealth Club Luncheon: It’s always the go-to event for Keystone State Republicans.  But even with special guests Tom Corbett, Jim Cawley and Pat Toomey, look for the annual luncheon to be just as forward-looking as it is celebratory.  The GOP already has its sights on Bob Casey’s seat in 2012, so don’t be surprised to see some early jockeying among the would-be candidates.

Broadband Cable Association of Pennsylvania: A couple Pennsylvania Society stalwarts mentioned the annual BCAP gathering – and all cited it because of the potential star power.  Larry Bowa and Jeremy Schaap have dropped by in the past.  And with the Buchanan Ingersoll ESPN Zone party off this year, the BCAP event only stands to gain in clout (and would-be freeloaders).

CHOP’s Children’s Champions Reception: One veteran attendee called CHOP’s annual reception “one of the only meaningful receptions” all weekend because they give an award.  Governor Rendell and Congressman Charlie Dent will be honored this time around.

Cozen O’Connor’s Holiday Reception at 21: When asked which events would be the most sought-after tickets this year, one Keystone State veteran immediately told us, “Anything Charlie Kopp is involved in.”  (Kopp’s response: “I don’t believe that.”) Another said that any event at 21 is worth going to, because the food is that good.  Cozen’s holiday reception, it seems, is the best of both worlds.

PMA’s Annual Seminar and Luncheon: According to one veteran Pennsylvania insider: “At a time before a lot of the other parties sprung up, if you were anybody in Pennsylvania politics, you got invited [to the PMA seminar].  And if you were not invited, you aspired to get invited the following year.”  The Pennsylvania Manufacturers Association has been hosting its shindig for the better part of fifty years, so it’s the granddaddy of all Pennsylvania Society events and still among the most exclusive.