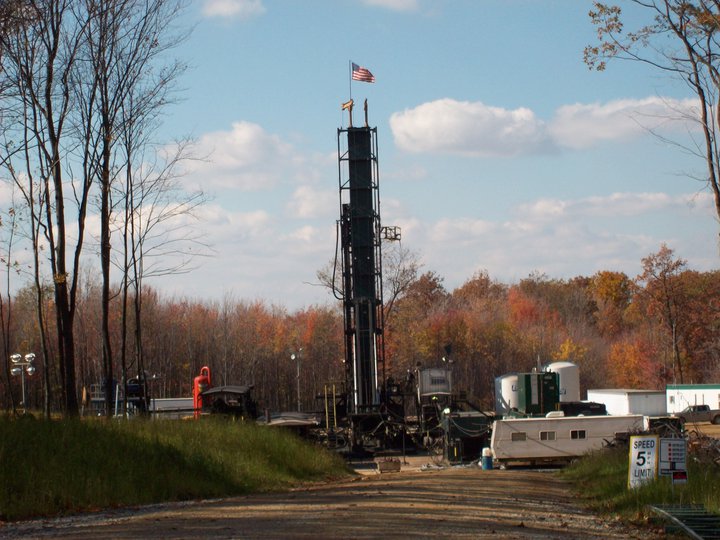 From the Capitol in Harrisburg to municipal buildings in the northern tier of the state, Marcellus shale gas drilling advocates have wielded the ultimate trump card in every debate: jobs. The promise of the industry’s economic benefits have outweighed practically every other concern.

Now, as lawmakers prepare to debate a possible fee or tax, a left-leaning think tank is looking for chinks in the armor.

A PA Department of Labor and Industry report last month claimed that gas extraction and related industries produced 48,000 jobs this year – contributing to Pennsylvania’s better-than-average employment rate. However, according to a recent Keystone Research Center (KRC) report, fewer than 10,00 new jobs have been created by the industry.

“The number of new hires by itself tells half the story and is not a meaningful indicator of job creation,” said Stephen Herzenberg, PhD, Executive Director of the Keystone Research Center.

The Marcellus Shale Coalition was quick to respond to the KRC report.  Coalition President Kathryn Klaber called the report a “thinly-veiled, politically-timed attack” on the natural gas industry.

“Families across Pennsylvania are seeing firsthand the reality of Marcellus development: it is fueling economic growth, employment, and investments in roads and infrastructure at rates not seen in decades.” Klaber said

The KRC report claims that Marcellus Shale growth is relatively small, making up about 10% of all 111,400 new Pennsylvania jobs.

“The Marcellus boom has contributed to job growth, but the size of that contribution has been significantly overstated,” Dr. Herzenberg said.

The PA GOP also attacked the report and the KRC as a whole.  Their statement points to a Tribune-Review story in April, which “debunked” a KRC report on Marcellus Shale tax evasion.

“The fact is that the Marcellus Shale gas industry has and will continue to create jobs all across Pennsylvania” PA Republican Party Executive Director Mike Barley said, “The KRC and its affiliates have been known to release fact-challenged reports that support their extreme, liberal point of view.“

The KRC fired back at the opposition with a response from Herzenberg.

“While the Marcellus job dividend has been small to date,” Dr. Herzenberg said, “greater opportunities exist if the state replaces cheerleading for the industry with a real strategy to maximize its benefits.”

The KRC press release suggests an impact fee or tax would broaden the positive economic footprint of Marcellus shale, and stops short of calling for a moratorium on drilling.

Chris Bowman contributed to this report.