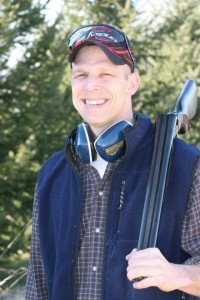 The first runner-up, York County Commissioner Chris Reilly, only managed roughly 19 percent of the vote. Between his campaign spending, and $100K spent on his behalf by Sen. Pat Toomey, Perry was outspent by about 2-1 during the campaign.

Perry won by remarkably wide margins in each of the four counties contained in the newly redrawn 4th Congressional District, including a 28 point margin of victory in Reilly’s home base of York County.

“He did well everywhere,” Campaign Manager Anthony Gray said late Tuesday, while Perry prepared to address a victory celebration. “It just shows the benefits of Scott’s positive message, [and]…I think Scott was able to say: ‘Here are my positives, here is how I think I can work with people who agree with me and with people who don’t agree with me.’”

Operatives on both sides of the campaign attributed Perry’s win to his military background, which resonated in the district, as well as his higher-than-average Harrisburg profile due to his leadership on issues like the Castle Doctrine and English-only legislation.

His campaign also highlighted highly favorable comments made about Perry by Platts.

Following his victory, Perry will face Harry Perkinson — an engineer from York County. The district is safely Republican.

Perkinson defeated Cumberland County attorney Ken Lee, winning with 56 percent of the total vote. Though Lee received significant endorsements from union and labor organizations, as well as backing from Rep. Joe Sestak, it clearly was not enough to launch him into victory.