Toni Shuppe: Could She Be PA’s Next Secretary of State? 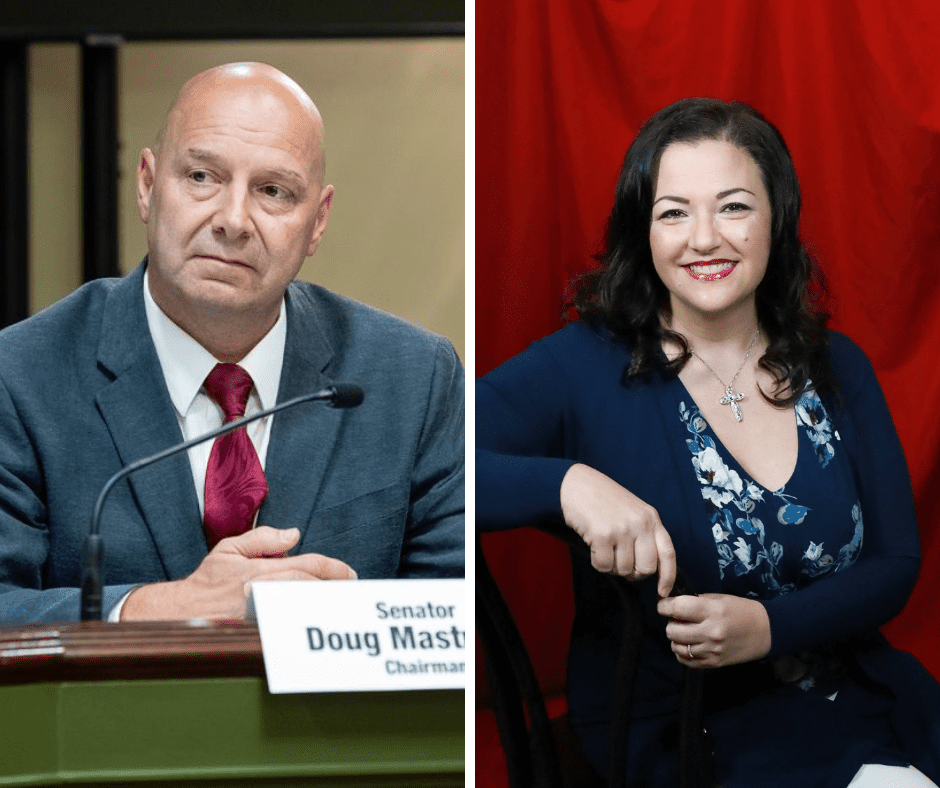 Pennsylvania is one of 12 states where the elected Governor chooses the Secretary of State who serves as the chief elections official. Thirty-five other states directly elect theirs (the position does not exist in Alaska, Hawaii and Utah).

Republican candidate for governor Doug Mastriano has already gone on the record that he has someone in mind to serve in the role should he be elected.

“I get to appoint the secretary of state who on my behalf will have oversight on the election. I already have one of the leading figures in the nation on voting integrity, that person’s agreed. I have a team around her as well that ‘s going to include several people who are very knowledgeable in Pennsylvania,” he said at a March forum.

That person could be Toni Shuppe.

Shuppe, 43, is the co-founder of Audit the Vote PA, a non-profit organization that claims to advocate for the right to free and fair elections across the Commonwealth.

In February 2021, Audit the Vote gathered 100,000 online signatures calling for a full forensic audit of the 2020 general election. A letter was sent to the General Assembly, authored by Shuppe, that stated, “we are extremely disappointed at not just the handling of the election irregularities, but also what appears to be the blatant disregard for the rule of law in our home state. The Pennsylvania Supreme Court system allowed Secretary of State Kathy Boockvar to make last minute changes to Act 77 violating the Pennsylvania Constitution which clearly outlines that any changes made to the law must go through the legislature. By removing the safeguards that Act 77 put in place, these changes opened the door for potential fraud and as a result, the majority of citizens in Pennsylvania who voted for Donald Trump have lost all confidence in our voting system, so much so that they have no desire to vote again.”

After Pennsylvania’s GOP lawmakers rejected her demand to “audit” the 2020 election, the group conducted its own unscientific and error-ridden audit, which gave her ammunition to claim one-third of the state’s votes were fraudulent.

The attention that Shuppe’s actions drew brought her to Mastriano, the state senator from Franklin County, who was also banging the drum with false claims about the election results. They appear to have more in common than one might think.

Mastriano has posted QAnon passages in his past, spoke at a conference hosted by QAnon activists, and is a member of a coalition of Republican candidates who have support from wealthy conspiracy theorists Mike Lindell and Patrick Byrne.

Shuppe spoke at the same conference and has promoted a number of even wilder claims popular with the QAnon community – including the idea that a cabal of elites are running a global child sex slave ring – according to Cameron Joseph of Vice News.

Shuppe has regularly shared QAnon posts and used the hashtag “WWG1WGA,” shorthand for the QAnon community’s official slogan “Where we go one, we go all.”

She’s declared that “every state needs to secede from the Federal government,” written that she thinks former President John F. Kennedy “got his head blown off” by the CIA, falsely claimed that former President Barack Obama was a “Muslim” who was “born in Kenya,” regularly promotes the anti-Fed conspiracy theory book The Creature from Jekyll Island, and claims that the Jan. 6 Capitol insurrection “was a set up.”

Could she be Pennsylvania’s next Secretary of the Commonwealth – in charge of the state’s future elections?

The mission of the Department of State is to promote the integrity of the electoral process, among other things, and to uphold the highest standards of ethics and competence in the areas of elections and campaign finance.

Shuppe spoke at Mastriano’s kickoff event in January and was a featured speaker at a rally in July. Not long after endorsing him at the start of the campaign event, she began thinking about her political future should Mastriano capture the governor’s mansion.

“What if we get a Republican governor who has me work on election integrity, perhaps as secretary of the commonwealth?” she mused during an appearance on the Cannabis Conservative podcast.

Chris Brennan of the Philadelphia Inquirer says that with Mastriano’s statement that he has chosen a Secretary of the Commonwealth AND it is a woman, the circumstantial case can be made that Shuppe could be Mastriano’s choice. That said, no comment is coming from Shuppe, who told Brennan that the Inquirer is too biased to talk to.

Mastriano is well-known for eschewing traditional media such as national, regional and local newspapers in favor of what is perceived to be more friendly right-wing media. Shuppe is signed onto that theory as well.

When VICE News replied with a list of questions seeking to clarify her views and whether Mastriano had promised her the job of Secretary of the Commonwealth, she declined to answer them.

“Thank you for reaching out. I do not engage with biased news sources like Vice. If you start working for a more fair and honest publication, I’d be willing to talk. Otherwise, have a great day,” she wrote in an email.