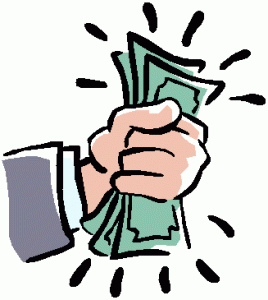 Good morning politicos, happy February, and welcome to the Buzz. Fourth quarter fundraising numbers are pouring in, and Republicans and Democrats continue to duke it out in lieu of a redistricting ruling.

Casey: $4.4 Mil on Hand: Senator Bob Casey raised $1.09 million in the fourth quarter of 2011, bringing his campaign total to $4.347 million on hand. The number puts him on par with prospective Republican opponent Tom Smith, who also announced $4.4 million at the end of the quarter.

Carney Out. Former Congressman Chris Carney won’t give it another go this year. He took a pass on a rematch with Tom Marino, and a challenge to Lou Barletta.

Fundraising Watch: 14th Congressional District: U.S. Rep. Mike Doyle’s, the Democratic incumbent from Pennsylvania’s 14th Congressional district, released his fourth quarter fundraising numbers Monday. They showed that the Congressman raised $114,000 from October until the end of 2011. He has also reported just over $271,000 cash on hand to begin the election year.

Where Does Santorum Go From Here? Pundits are already conceding the Florida GOP Primary to Romney as the latest Quinnipiac poll shows a 14-point lead over Gingrich. Following Gingrich is Paul at 14% and Santorum at 12%.

SD-37: Republican state committeewoman Sue Means has thrown her hat in the ring for Sen. John Pippy’s seat. She’ll have State Rep. Mark Mustio and possibly also gun rights advocate Kim Stolfer. For those of you at state committee on Saturday, Means and her husband were two of the more vocal opponents of endorsements.

HD-10: John Hines, a Slippery Rock township supervisor for the past 17 years, will seek the GOP nomination against Democrat Rep. Jaret Gibbons.

Have an election update? Email press@politicspa.com.