After Self-Loan, Kane Has $1 Mil Lead on Murphy 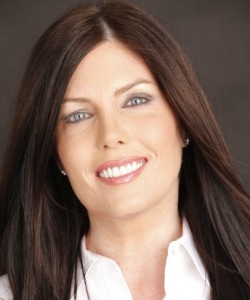 Kathleen Kane may not have Patrick Murphy’s statewide name ID, but she’s betting that she can catch up. Her family has wagered $2.25 million on it so far.

And Murphy, a former Congressman from Bucks County, has an early lead in name ID among likely Democratic voters. It’s partly why, when his campaign released the results of an internal poll, he enjoyed a double-digit lead.

A source on the Kane campaign passed along Wednesday morning the results of an internal poll from their camp. The numbers corroborate Murphy’s name ID, but team Kane says it also shows a viable path to victory – for a candidate with a significant edge in cash on hand.

The initial results of the poll show that 45 percent of likely Dem primary voters know Murphy, whereas only 19 percent know Kane. 47 percent of voters don’t know either.

On the first ask, Murphy enjoys a 40 to 24 lead. After respondents hear only positive information about each candidate, the numbers flip, and Kane takes a 51 to 35 lead. According to the Kane campaign source, the two were tied among voters familiar with both.

They’re confident that they will have sufficient financial resources to tell Kane’s story.

This is an internal campaign poll, and as such should be taken with a grain of salt. It is standard practice for campaigns to release partial data. Polls are typically released for one of two reasons: 1. to boost fundraising (likely not an issue here); and 2. to show that a candidate is serious).

The poll was taken before Dan McCaffery dropped out of the race (though the head-to-head questions were asked as such – they didn’t simply remove McCaffery’s numbers). It pre-dates headlines about Murphy and the Pa. Bar.

The pollster is Pete Brodnitz of the Benson Strategy Group.

“This poll confirms what we already knew, which is that Patrick Murphy holds a commanding lead in this race and that Kathleen Kane is unknown in Pennsylvania. We appreciate the Kane campaign acknowledging just how tough this race will be for them. It’s also pretty telling that they needed to dust off a months old poll to avoid talking about how she and her company are trying to buy the Attorney General’s office.”