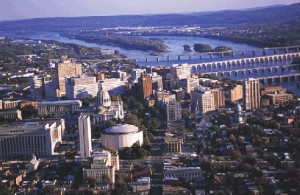 Thursday Budget Buzz: Hurry Up & Wait: Legislation stalled out Wednesday. No official movement on liquor, transportation, Medicaid, or pension reform. Lots of vote whipping though in the back rooms, or at least attempts to.

Dems for Gov Praise DOMA Ruling: Support for same sex marriage is firmly in the mainstream of Democratic politics in Pennsylvania.

Redistricting: The Ins & Outs of the New House and Senate Lines: A look at some of the numbers behind PA’s new state House and Senate districts. Which Democrats represent the most Republican districts, vice versa, and other statistical quirks.