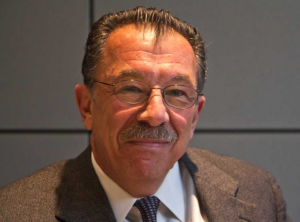 Republican Congressional candidate Paul Addis was ordered off the 5th district primary ballot by the Commonwealth Court for not having enough valid signatures on his nominating petitions.

Addis’ petitions were challenged by Delaware county GOP insider Michael Puppio based off issues such as signatures from deceased individuals.

“I met with Paul Addis and came away with the impression that he is an honorable man with a true desire to serve his country.  However, as Addis has acknowledged, his campaign simply did not meet the minimum threshold of signatures,” Reilly said.

Pearl Kim, the only Republican left on the ballot, said that she does not blame Addis personally for the issues with his petitions.

“By all accounts, Paul Addis is a good man and I do not blame him personally for the actions of some of his petition circulators.  I hope to meet with Paul in the coming weeks to hear about his personal journey to professional success and his ideas for growing our economy and job creation,” Kim said.

The decision to remove Addis gives Kim the opporunity to spend the primary raising money and increasing her name recognition in the district.  The district was formerly Congressman Pat Meehan’s district, but following the state Supreme Court redraw of the Congressional maps the district is now strongly Democratic.