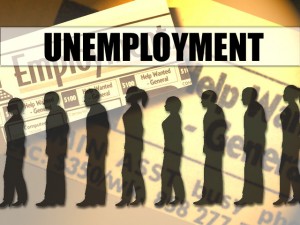 Another good month for Pennsylvania’s unemployment rate, which fell to 5.7% in April.

Pennsylvania’s seasonally adjusted unemployment rate declined by three-tenths of a percentage point in April to 5.7 percent, the lowest rate since September 2008.

The state boasts a lower rate than the federal – 6.3%. Since last year, Pennsylvania was down 1.9 percentage points from its April 2013 rate of 7.6 percent.

Pennsylvania’s civilian labor force – the number of people working or looking for work – was essentially unchanged in April. Resident employment, however, was up 23,000, marking the eighth consecutive gain and the fourth straight increase exceeding 10,000. The number of unemployed residents decreased by 22,000 to its lowest level since September 2008.

This was the ninth consecutive decline and one of the largest on record, according to the Department of Labor and Industry.

Most of those jobs come from the private sector, which added 11,600 jobs. The largest gain was in professional & business services (+8,100), which reached a record high at 759,000 jobs. Construction also added a large amount of jobs in April, up 6,500, the third gain in the last four months.

Governor Tom Corbett’s campaign is running with the good news and it will likely be the centerpiece of his general election campaign.

“The people of Pennsylvania elected me to Harrisburg on my promise of less taxes and more jobs, and we continue to see that promise ringing true through another positive jobs report,” stated Governor Tom Corbett. “The Democrats running for governor are all calling for more spending and more tax increases, but we already know how that story ends – it ends with an 8.1 unemployment rate and out-of-control spending. Pennsylvania cannot afford to go back to those days, and as your Governor, we never will.”

As is the campaign’s custom, they rounded up repetitive praise for the Governor from upstanding Republicans across the state.

“It’s no coincidence that we are seeing a vastly improved jobs outlook under Governor Tom Corbett’s less taxes, more jobs agenda. Governor Corbett will be the first person to tell you that he didn’t go to Harrisburg to make friends, he went there to make a difference, and he is doing just that,” Pennsylvania’s Republican National Committee National Committeewoman Christine Toretti said. “I have never seen four Democrats running for governor speak so openly and proudly about their desire to raise taxes. We cannot let that happen because we have come too far under Governor Corbett’s leadership to turn back the clock to the years of higher spending, higher taxes and higher unemployment.”

“It is no coincidence that under Governor Tom Corbett’s less taxes, more jobs agenda that we are seeing drastic improvement to Pennsylvania’s unemployment rate,” Pennsylvania Business Council’s President & CEO David Patti said. “Governor Corbett has created a business climate in Pennsylvania that has made it possible for Pennsylvania businesses to put people back to work. In order to create jobs, business need stability and certainty from the government, and that is exactly what we have gotten under Governor Tom Corbett’s leadership.”

“Today’s jobs report is more great news for Pennsylvania thanks to Governor Tom Corbett’s leadership in Harrisburg. Governor Corbett has stood by his promise of less taxes and more jobs even though it wasn’t always the politically convenient thing to do, and that’s great news because it’s working,” State Rep. and Montco GOP Chairman Mike Vereb said. “The choice in November couldn’t be clearer – it’s a choice between a Governor who has kept his promises and one of four Democrats who have all promised to raise taxes if they are elected. I’ll proudly take four more years of Governor Corbett’s less taxes, more jobs agenda.”

The less than stellar news:

Public sector jobs fell by 700 and compared to other states, Pennsylvania’s recovery hasn’t been speedy.

We still rank 47th in a 12 month moving average from the W. P. Carey School of Business at the University of Arizona.