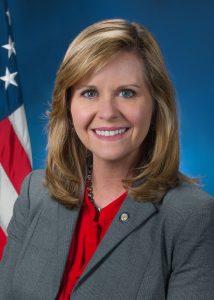 Rep. Guy Reschenthaler (R-Allegheny) is oft-mentioned in might-run-for-Senate chatter. So insiders are speculating who might run for his seat in Congress if he does.

So a Twitter account got some attention this week when it showed that someone registered websites that share a name with the state Senator from Washington County.

According to the Twitter account, @CATargetBot, “bartolotta4congress.com” and “bartolottaforcongress.com” were registered as websites. Adam Bonin, a Philadelphia attorney specializing in political law, was the first Pennsylvania politico to point out this information late on Wednesday night.

However, Sen. Camera Bartolotta threw cold water on this speculation in a response to Bonin Thursday morning.

“This is the first I’ve seen either of these web addresses. I don’t know who reserved them. Or when,” Bartolotta responded on Thursday morning in a tweet.

“Also…. there are a LOT of Bartolottas out there,” she continued in the next tweet, followed up by a smiling and thumbs up emoji.

This is the first I’ve seen either of these web addresses. I don’t know who reserved them. Or when. 🤔

Also…. there are a LOT of Bartolottas out there.

Website registration is part of the 21st century campaign battle. Candidates sometimes grab up domains with opponents’ names, for example.

It isn’t the first time Bartolotta has been named as a possible candidate for higher office. She, along with several other Republicans serving in the state legislature, have been mentioned as being interested in running for Governor in 2022.

Another major variable is redistricting, which will likely result in Pennsylvania losing a congressional seat and may reward pols who keep their options open.