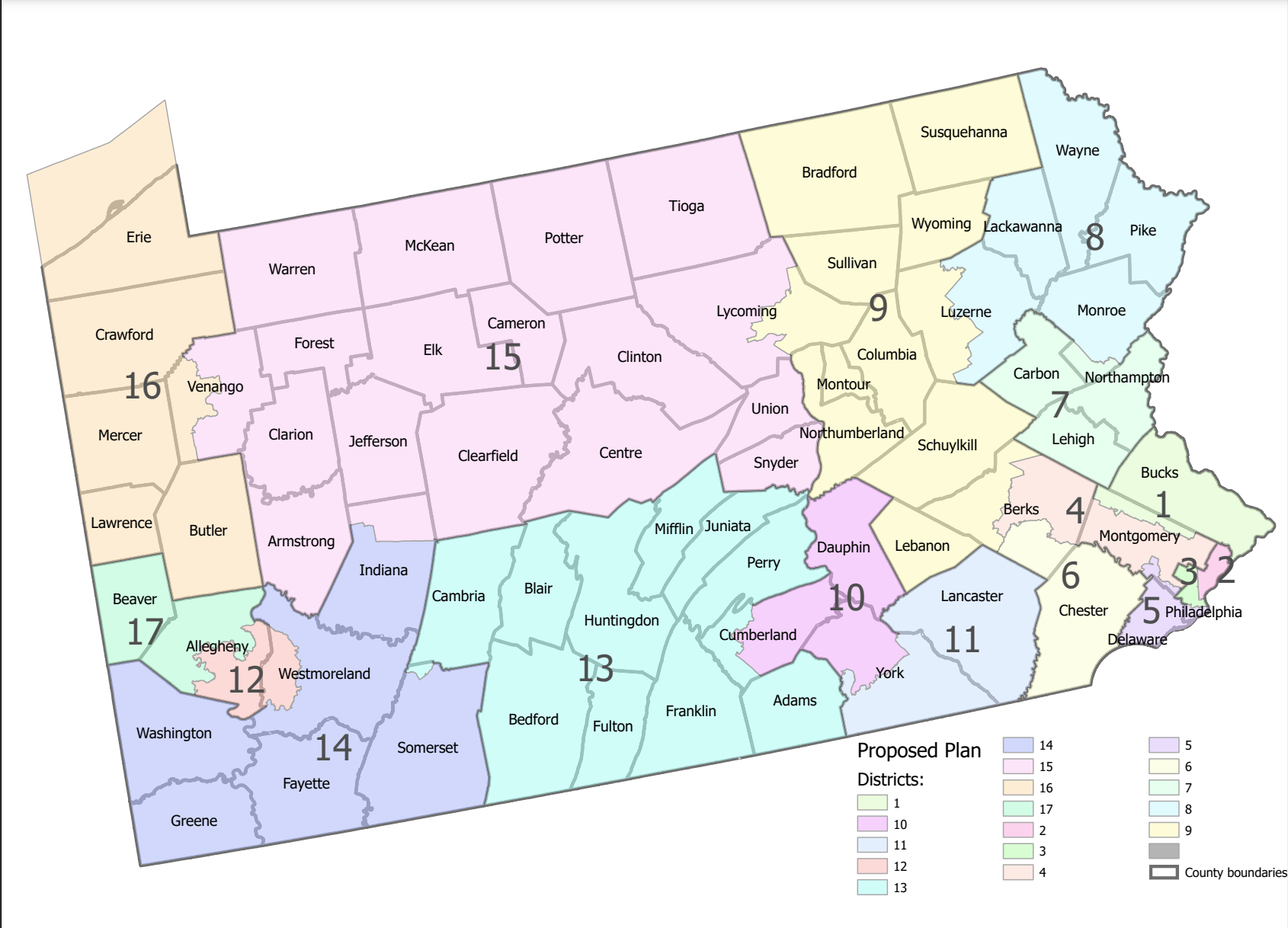 The Pennsylvania Supreme Court has made a decision on a new congressional map for the Keystone State for the remainder of the decade.

In a 4-3 decision, the high court selected the so-called Carter map, drawn by a Stanford professor and proposed by Democratic plaintiffs.

In addition, the court imposed a new election calendar for the May 17 primary, leaving the day for voting intact while altering the deadlines for candidates’ paperwork to get on the ballot to be filed.

“As a way of resolving the impasse between the governor and the legislature in a way that would be fair to both parties, I was asked to ignore partisan data and draw a map that minimized changes from the 2018 map ordered by the Court, changing boundaries only as required to achieve equal population among the districts using the newest census data,” said Jonathan Rodden, professor of political science at Stanford.

“This approach resulted in a map with compact districts that keep counties, cities, and economic regions together. It also accurately reflects the overall partisanship of the state and includes several very competitive districts, so that changes in voters’ preferences over time will lead to changes in the Pennsylvania Congressional delegation.”

The new map provides eight Republican-leaning districts, six Democratic-leaning districts and three closely divided districts, according to an analysis by FiveThirtyEight, a website that focuses on opinion poll analysis, politics and other topics.

“The Pennsylvania Supreme Court reviewed maps from a breadth of different citizen groups and plaintiffs, and the map they’ve selected reflects the input of voters and the population trends of the last decade,” said Senate Democratic Leader Jay Costa (D-43). “With today’s decision, I am very happy to see that we can move forward with petition period and our regularly scheduled May 17 primary, where the voters will decide on their representation.”

“This is not about where lines are drawn or where they could have been drawn,” said Speaker of the House Bryan Cutler (R-Lancaster) and House Majority Leader Kerry Benninghoff (R-Centre/Mifflin) in a statement. “The court has now confirmed once and for all they do not abide by the state and federal Constitutions.

“Only the map submitted by House and Senate Republicans followed all constitutional guidelines, went through a deliberative legislative process and was endorsed by a judicial body.

“Sadly, candidates and voters must now submit to a unilateral court that sees itself above every person in our Commonwealth.”