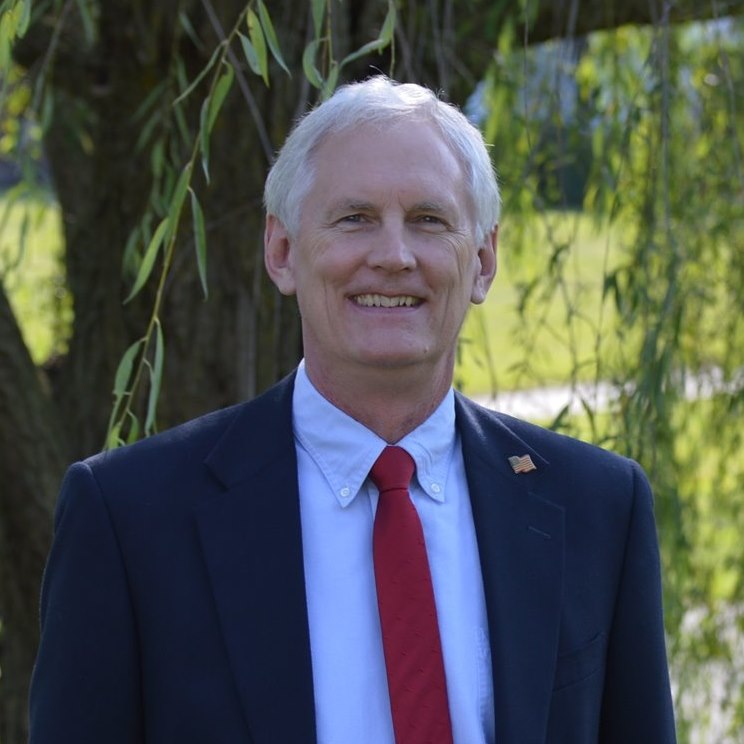 The Republican field is growing in the 6th Congressional District.

John Emmons, a businessman and chemical engineer, announced his intentions for the Chester and Berks County seat held by Rep. Chrissy Houlahan (D-Chester).

In a release about his candidacy, Emmons said the upcoming election is a fight “for the soul of our country” and boasted about being a “conservative leader” who is not a politician.

“The 2020 election will be a fight for the soul of our country, and as most of you know, I’m not afraid of a fight,” Emmons said in a release. “We need strong, unwavering voices in Washington fighting for time-tested, common sense conservative solutions.”

“I have been a grassroots conservative leader and an active member of the Republican party in Chester County for more than a decade,” he continued.

Emmons said his campaign will focus on “healthcare reform, fixing the broken immigration system, and empowering businesses to create jobs.”

On the issues page of his campaign website, he says the solutions to improving the healthcare system are found in letting doctors and patients make decisions and not the “bureaucrats in Washington” and specifically cited his business background in helping employees receive better healthcare coverage.

“Healthcare needs to be reformed and simplified by empowering patients and providers to work together to innovate,” Emmons said. “Doctors, hospitals, and insurance companies should compete to offer ample coverage options and better service. Only through true patient choice can coverage for all be a viable reality. One size doesn’t fit all. Also, drug companies and hospitals must be transparent in pricing.”

The topic of immigration has been the focus of multiple GOP candidates for Congress in the state of Pennsylvania and Emmons believes the country must welcome immigrants into the country, but stressed the need to follow “the rule of law” and secure the border.

“One thing that unites us as Americans is that someone in our families risked everything to come to the Land of Opportunity. We must continue to welcome those from around the world who are seeking a better life,” Emmons said. “However, I believe in the rule of law. Those who enter our country illegally, whether crossing the Rio Grand, the St. Lawrence, or simply by overstaying Visas, are breaking the law. We must secure our borders and enforce our immigration laws.”

He added that he sees the current system as “unfair to those who wait in line” and called for finding “common sense solution” to address the topic.

On the matter of the economy and creating jobs, Emmons said he despite the economy growing, he sees “too many small businesses” being limited by government regulation and thinks the key to a strong American middle class is by cutting taxes and eliminating “unnecessary regulations.”

“Our economy is growing again, but too many small businesses are still limited by high taxes, excessive regulations, and bureaucratic red tape. Let’s reduce the role of government in business, eliminate “cronyism,” and let entrepreneurs and business owners innovate and create jobs,” Emmons said. “The key to a strong America is a vibrant middle-class. Growing good jobs in manufacturing is the foundation for the middle class. To create a fertile environment for job growth, we must cut taxes, eliminate unnecessary regulations, establish stable, balanced trade policies, cut wasteful spending, and reduce the power of Washington.”

His campaign website also specifically singled out Republicans for not being “true free market advocates.”

“Republicans need to step up and get back in the business of being fiscal watchdogs and true free market advocates,” he said. “Deficit spending is unsustainable. It’s a hidden tax, and it’s the working class – the forgotten man – that ends up paying the bill.”

His campaign issues page also highlights “liberty and responsibility” by explaining his support for the 1st and 2nd amendment and being pro-life, while he also pinpoints “environmental conservation” by advocating for cutting waste and referencing his business background in helping cut waste in manufacturing facilities and driving a Prius since 2004.

“As conservatives, we must play a larger role in the conservation of our precious land and natural resources,” Emmons said.

His release and issues page does not mention President Donald Trump or Rep. Houlahan by name.

Emmons is currently one of two Republicans that have filed to run with the FEC for the 6th District. The other Republican that has declared his candidacy is Tom Siedenbuehl, a retired airline pilot. Everett Stern, who previously filed with the FEC to run as a Republican, left the race due to nerve damage in his left leg, which currently prevents him from walking long distances and effectively campaigning, as a result of a car accident, according to a spokesperson.

Houalahan is currently serving her first full term in Congress after besting Republican Greg McCauley by 17 points in 2018.

Houlahan is currently in the lone Democrat filed to run in the district. Her campaign did not immediately respond to comment from PoliticsPA.

This story was updated to clarify that only two GOP candidates are currently seeking the nomination for the 6th District. Everett Stern is no longer seeking the seat.