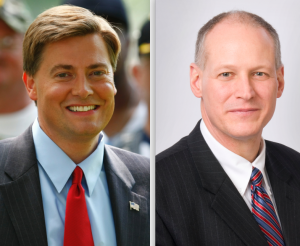 PoliticsPA will be covering election news and returns all Tuesday and late into the night to bring you the latest. This thread will feature the congressional matchups between Jason Altmire v. Mark Critz, and Evan Feinberg v. Tim Murphy.

9:45pm: PoliticsPA is calling the race for Tim Murphy. He is pulling in 63% of the vote with half the precincts reporting.

6:00PM: Murphy’s campaign manager James Genovese, reports that “things continue to go great. The Murphy team plans to work their hardest until the polls close tonight. Excitement ensures the volunteers who have been knocking on doors, making phone calls, and those stationed at the polls throughout the day.”

5:13pm: Feinberg’s latest update entails that his team continues to work the polling stations and adds that he is “very excited for the victory party.”

4:00PM: Altmire’s spokesperson says, “We have a record number of volunteers in the field helping to get out the vote and feel very confident about where we stand.” He also said that after visiting different areas of the district, Altmire is currently on his way back to DC, where he will maintain his record of never missing a single vote.

2:41PM: Feinberg continues to stay positive. He says that he is “very confident about our prospects and are expecting victory.” Feinberg noted that the turnout appears to be low, but the voters that his campaign team has targeted have shown up to vote. Feinberg also added that Murphy has very few poll workers out today.

2:30PM: Critz’s campaign says it’s looking like they’ll have 30-35% turnout in Cambria County, which would meet their expectations. They’re still collecting numbers for Beaver County, but turnout is “extremely low.”

12:15pm: Murphy’s campaign manager James Genovese says that “things are looking great” on the Murphy front. Genovese reported that volunteers are “making calls, knocking on doors, and covering the poll locations to get the vote out.”

11:40AM: Candidate Evan Feinberg reports that there is a “clear enthusiasm gap in our favor and the voters we have been talking to for months are showing up and supporting my candidacy.” Reports from his grassroots poll workers have been “universally positive” as well.

11:30AM: Critz campaign manager Mike Mikus said they just got some numbers from key precincts in Cambria and Somerset, and they are currently on pace to meet or exceed their vote goals in those counties.

Congressman Altmire will then travel through the 12th Congressional District for the remainder of the day.

In the afternoon, Congressman Altmire, having never missed a single vote, will travel to Washington, DC where the U.S. House of Representatives is scheduled to begin votes at 6:30 p.m.

Mark Critz voting time and location
7:00 AM – 7:40 AM
St. Patrick’s Church Hall
609 Park Avenue
Johnstown, PA
*He will be staying to greet voters as well