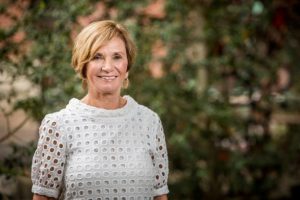 The Chester County Democratic Committee has a new chair.

“Science, truth, social responsibility, acting for the common good are all values we stand for in the county and in the nation,” Valyo said in a press release. “We have been set up for success by those who led before me. CCDC owns its own building on High Street in West Chester, we are about to hire a full time Executive Director, and our membership and voter registration continue to swell as the public realizes the damage bad leaders can inflict and great leaders can heal.”

Valyo, a retired educator who most recently served as leader of the Northern Chester County Democratic Caucus Chairperson, takes over for Dick Bingham.

Bingham, who served as party chair since 2018, announced his retirement effective May 31, according to the Daily Local News. When Bingham took over as chair of the Chester County Democratic Committee, Democrats were outnumbered by Republicans in the Philadelphia suburban county.

The Daily Local News reports that Democrats pulled ahead of Republicans in party registration in the county in May 2020 and as of now, there are 153,649 Democrats, 149,379 Republicans, and 66,124 independent and third-party voters in Chester County.

Like other counties in the Philadelphia suburbs, Chester County has been trending blue in recent years.

In 2017, Democrats captured the controller, coroner, clerk of courts and treasurer for the first time, while Rep. Chrissy Houlahan (D-Chester) won her Congressional bid to represent the newly drawn 6th District in 2018, according to the Daily Local News.

Chester County is the lone county in the state that went from voting for then-Gov. Mitt Romney in 2012 to Sec. Hillary Clinton in 2016.

In addition to Valyo being elected chair, Jerry Pyne will now serve as CCDC Vice Chair, and Theresa Soja will serve as Zone Leader Caucus Chair on the five-member CCDC Executive Board.