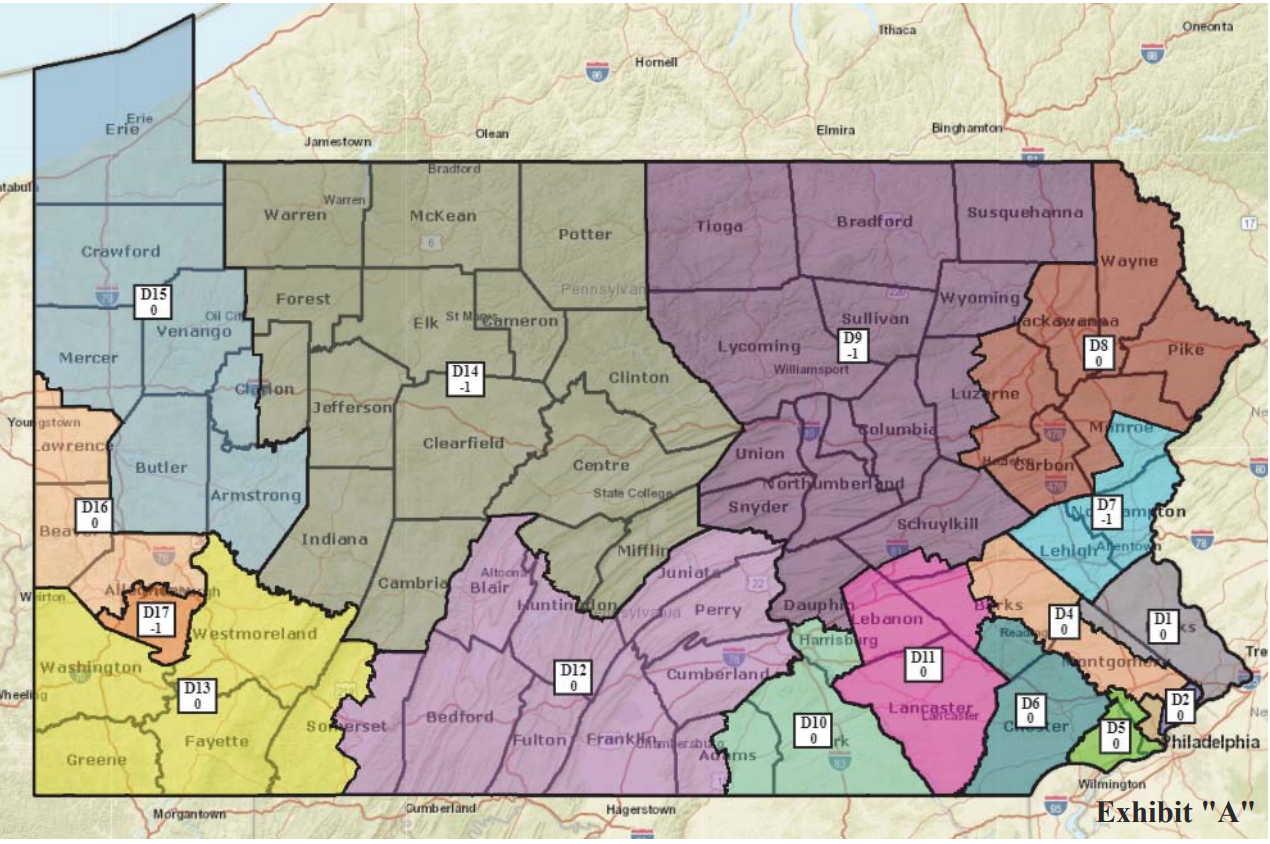 Time has run out for Pennsylvania lawmakers to submit proposed maps for Congressional district boundaries and, unlike theNFL playoffs, going into overtime will not settle the score today.

Senate Majority Leader Kim Ward (R-Westmoreland) told a Pennsylvania Press Club luncheon on Monday that Senate Republicans have been unsuccessful in their attempt to broker a deal between the Republican-controlled House, Democratic lawmakers and Gov. Tom Wolf.

“It just comes down to we can’t agree, the governor’s going to veto anything that’s not what he produced and the courts will end up drawing maps,” Ward said to the Associated Press.

Now that the deadline has come and gone, what’s next for Congressional redistricting? (State legislative redistricting follows a different process.)

The Commonwealth Court set January 30 as the deadline for it to render a judgment on the submitted proposals. Any decision it makes could be appealed to the Pennsylvania Supreme Court.

“Every expectation is that the state Supreme Court will step in,” said Carol Kuniholm, executive director of Fair Districts PA, a redistricting reform group.

Meanwhile, speculation is building that the failure to reach an agreement could force the May primary to be pushed back.

The Department of State indicated that it needed finalized versions of the map no later than January 24 in order to prepare for the May 17 primary. Candidates can start circulating petitions to get on the primary election ballots on Feb. 15. So any delay jeopardizes the current primary date.

“We can have conflicts all over the place and be scrambling for facilities and same with the poll workers,” Forrest Lehman, Lycoming County’s director of elections, told SpotlightPA. “The basic infrastructure of your election is a place for people to go in and do their thing and the poll workers to help them. You don’t have that, you don’t have an election.”

“Delaying the primary is a very real possibility,” said Kuniholm. “I have a dinner bet on pushing it back.”

Using the current, outdated maps would be a possibility for legislative elections but not for ones for the U.S. House, after Pennsylvania lost one of its 18 congressional seats.

“The people of Pennsylvania will have better maps for the next decade,” said Kuniholm. “Will they be as good as 2018? That’s a question. The best maps are when you have clear criteria and public input. The House and Senate maps are far better and far more fair.”

A larger question is why is Pennsylvania in this situation once again.

“Pennsylvania is deeply entrenched in the two-party system, whose purpose is to maintain power over the other,” said Kuniholm. “The GOP just assumes that it is calling the shots. Certainly the census delay is a piece, but there is no reason why the Congressional maps weren’t done in December. It is extremely frustrating for candidates and potential new candidates are just waiting to see if they have a viable chance.”

“Our goal [with Fair Districts PA] is to change that. We are better served not to be in an every 10-year mudfight.”