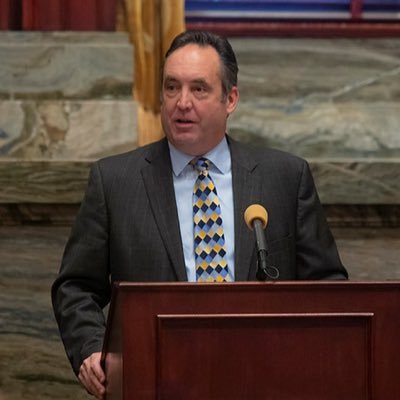 Late in the 1979 baseball season, the Philadelphia Phillies shook things up, replacing Danny Ozark with Dallas Green. In 1980, the Phils won their first World Series.

In 1990, the Pittsburgh Penguins said thanks to Gene Ubriaco and brought in Bob Johnson to man the ship. The Stanley Cup made its first appearance in the Steel City that season.

Could a shakeup in the Jake Corman campaign follow the same trajectory?

Back in October, Corman, 57, told Pennsylvania’s Republican congressmen that “he can clear a crowded field of announced candidates (for governor) and other Republicans testing the waters,” according to aides.

According to Andrew Seidman at The Philadelphia Inquirer, at least five staffers and advisers have left the Corman campaign, including the campaign manager, political director, finance director, a fund-raiser and a scheduler. While some turnover is expected in any campaign, the numbers indicate that the race is much more challenging than initially anticipated.

Seidman wrote that talent still resides with the campaign, including senior advisor Mark Harris, a long-time strategist for Pat Toomey. Will Ridder, ad maker for the Virginia governor Glenn Youngkin’s successful campaign, and former Trump adviser Kellyanne Conway are also still on board.

“It’s that time of year when those struggling to raise money start whisper campaigns about staffing,” Corman spokesperson Dave La Torre said in a statement. “We understand they’re desperate. When Jake has out-raised the next five campaigns combined, you just have to chuckle.”

The campaign has moved from its initial headquarters in Harrisburg to Pittsburgh where ColdSpark – Harris’ consulting firm – is located. Ryan Reynolds, a ColdSpark vice president, is the new campaign manager. Corman reported having $2.1 million in cash on hand entering 2022 – second among GOP gubernatorial candidates.

GOP insiders still think that many deep-pocketed donors are waiting for the race to become more clear before becoming involved. Bill McSwain did receive an endorsement and a cash infusion from The Commonwealth Partners Chamber of Entrepreneurs. But others may be waiting for a sign. And how Corman’s moves are interpreted may be a harbinger of things to come.