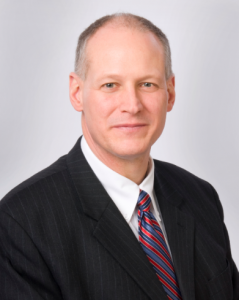 Rep. Mark Critz, Republicans’ top congressional target in Pennsylvania this cycle, had some less-than-kind words for Barack Obama following his major campaign speech Thursday. He criticized the President on trade and the Keystone XL Pipeline.

“President Obama and others in Washington need to realize that we cannot spend our way to prosperity,” Critz said. In order to create jobs, he added, “we need to address unfair trade deals that ship jobs overseas and enact policies that allow us to take advantage of our vast natural resources such as coal and natural gas in a safe and responsible manner which will lower energy costs and create jobs and approving the Keystone XL Pipeline would be a good first step.”

It’s a response one might expect (and indeed, PoliticsPA has received) from Republicans. But Critz is in a different situation now than he was during the primary 6 weeks ago.

The President’s speech was a reiteration of the contrast he hopes to draw with Republican Mitt Romney, and defended his approach to taxes and spending.

Critz faces a concerted challenge in Allegheny County attorney Keith Rothfus, one of the GOP’s top candidates in the country. And unlike many Democrats running this year, Critz is not likely to be boosted by Obama’s name on the ballot. While the President won PA by over 10 points in 2008, he lost the 12th district by more than 9: 54 to 45 percent.

Not to mention, the newly drawn 12th district favors Republicans on a generic ballot by 6 points.

“Congressman Critz wants you to believe he is concerned for our spending and national debt, but unfortunately for him, there’s a record that proves otherwise.  Critz voted with Nancy Pelosi 95% of the time while her leadership plunged our country into the $15 trillion plus debt we have today,” Raso said.

“Critz is trying to mask his allegiance to Obama to hide his liberal voting record from voters.  This would be like Tom Brady wearing black and gold all week to avoid being sacked at Heinz field on Sunday.”

We ran a quick member-to-member comparison search on OpenCongress.org, and found that over the course of his career Critz has voted with Pelosi 77 percent of the time. For a lark, we also checked Critz and John Boehner. They’ve voted together 58 percent of the time.