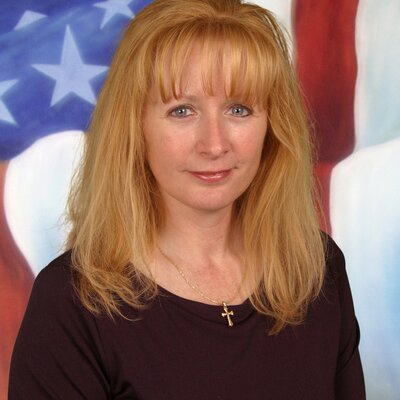 Gov. Tom Wolf hasn’t even delivered his executive budget address for the year, but a Republican in Northeast Pennsylvania has her sights set on the governor’s race in 2022.

First reported by the Scranton Times-Tribune’s Borys Krawczeniuk in a tweet Thursday morning, former Lackawanna County Commissioner and one-time congressional candidate, Laureen Cummings confirmed to PoliticsPA in an interview that she is considering a run for Governor in 2022.

“Yes, I’m definitely very interested in running for that,” Cummings said to PoliticsPA on Thursday afternoon.

Cummings bested fellow Republican Bill Jones for the final commissioner’s seat in 2015, but was defeated in the GOP primary in 2019 by GOP county endorsed candidates Mike Giannetta and Chris Chermak. She also previously was the Republican candidate for the old 17th Congressional District in 2012, but lost to Matt Cartwright (D-Lackawanna).

She tells PoliticsPA that her interest in the Governor’s seat stems from her disagreements with the policies coming out of Gov. Tom Wolf’s administration and believes that they have had a negative impact on her region and the state as a whole.

“I don’t agree with the policies that are coming out of this administration,” Cummings said. “They’ve hurt my business and they’ve hurt our tax base.”

In expanding upon her disagreements with Wolf, Cummings specifically cited her career owning a “private duty nursing agency” and said that since the days of former Gov. Ed Rendell, the courts have been dealing with the effort from the state to “unionize state employees to fill private duty needs.” She said that the courts delivered an injunction on the matter under Rendell and when Gov. Tom Corbett was in office this executive order from Rendell wasn’t honored. Cummings said since the Democrats took over a majority on the state Supreme Court, that the injunction was flipped and she said the state has put $1.25 millions towards SEIU to form unionized nurse aide registry at the state level.

When asked about specific priorities, Cummings singled out pension reform and the need to pass House Bill 76, that calls for the elimination of school property taxes and funds education through tax hikes in personal income and state sales tax.

“Definitely pension reform,” Cummings said. “Definitely taxes, House Bill 76, if that’s not the correct route to choose then something needs to be done.”

“The law needs to be changed, it’s a flawed law and counties are suffering because they are reassessing people and putting them out of their homes,” Cummings said about current property taxes. “It’s awful.”

She also cited the 11.3% property tax increase recently passed in Lackawanna County as proof that pension reform needs to be addressed as soon as possible.

While she did confirm her interest in running for governor, Cummings also said that she has considered launching a bid for the state House’s 114th District in 2020, which is represented by state Rep. Bridget Malloy Kosierowski (D-Lackawanna), but hasn’t made any definitive plans for either office.