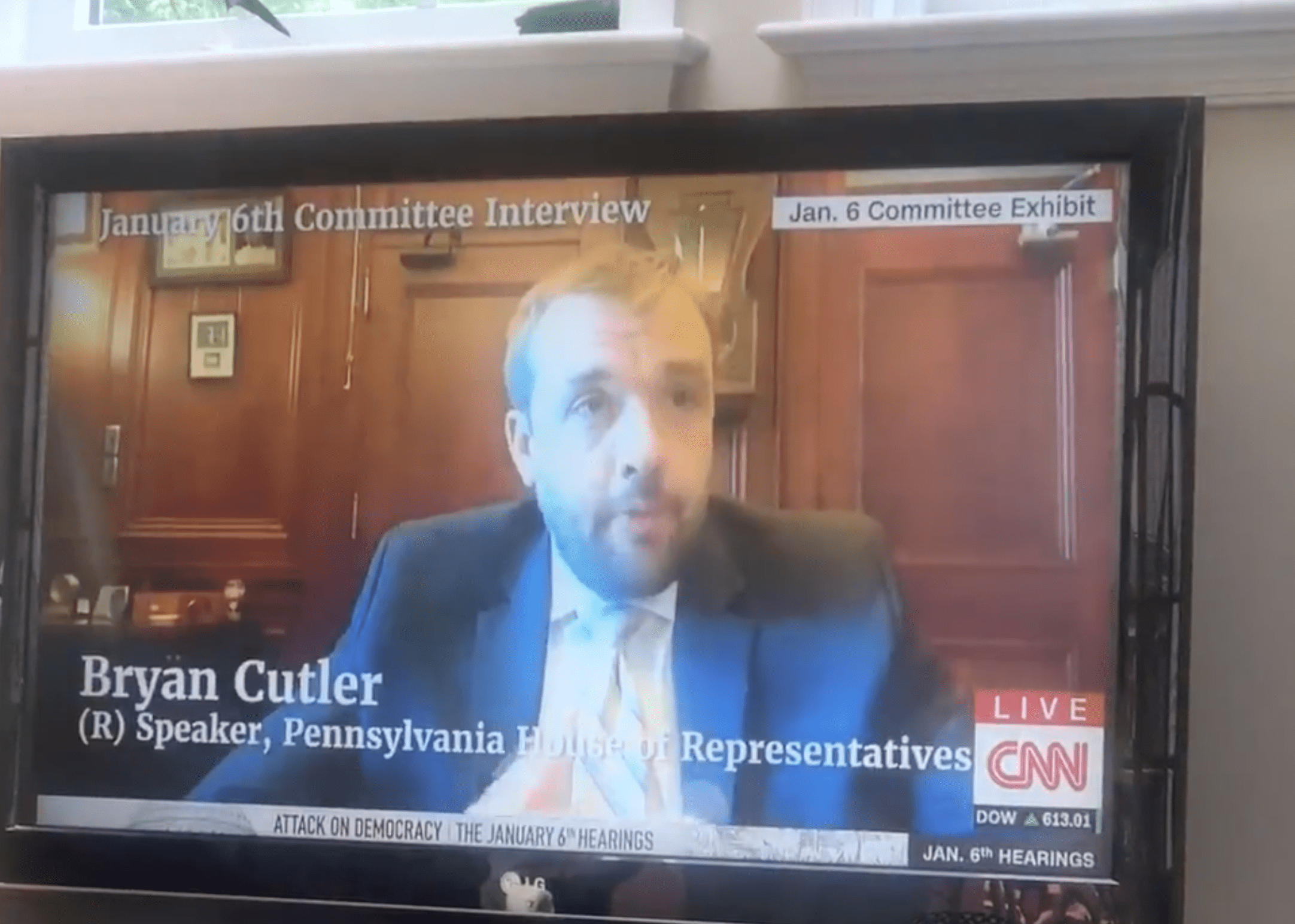 Pennsylvania Speaker of the House Bryan Cutler (R-Lancaster) was the recipient of “near daily calls” by Rudy Giuliani and other lawyers representing former president Donald Trump in the days leading up to the January 6, 2021 insurrection at the U.S. Capitol.

A portion of Cutler’s testimony with the January 6th Select Committee was played during Tuesday afternoon’s fourth hearing.

“Mr. Speaker, this is Rudy Giuliani and Jenna Ellis,” Giuliani can be heard in a Nov. 26 voicemail. “We’re calling you together because, we’d like to discuss, obviously the election.”

“Hello Mr. Speaker this is Jenna Ellis and I’m here with Mayor Giuliani,” a Nov. 27 voicemail from Ellis said.

“Hey Bryan, it’s Rudy,” a Nov. 28 voicemail from Giuliani said. “I really have something important to call to your attention, that I think really changes things.”

“I understand you don’t want to talk to me now, but I just want to bring some facts to your attention,” Rudy said in one call.

“The president said, ‘I’m hearing about all these issues in Philadelphia, and these issues with your law,’ ” said Cutler spokesman Mike Straub, describing the House speaker’s two conversations with Trump with the Washington Post. “ ‘What can we do to fix it?’ ”

Cutler told the president that the legislature had no power to overturn the state’s chosen slate of electors, said Straub, who was not on the calls but was briefed about them afterward.

Straub also acknowledged that the pressure on Cutler was intense. His office phone system, which has the capacity to store many thousands of voice mails, had been completely filled “several times,” Straub said.

Cutler told the select committee he was doxxed and his personal address and email were published online.

“There were at least three I think, outside of either my district office or my home, and you’re correct my then 15-year-old son was home by himself for the first one,” Cutler said in the video testimony given to the committee. “All of my personal information was doxxed online. It was my personal email, my personal cell, my home phone number. In fact we had to disconnect our home phone for about three days because it would ring all hours of the night and would fill up with messages.”

Steve Bannon also called for protests in front of Cutler’s home and district office in Quarryville.

This protest outside the home of Pennsylvania Speaker of the House Bryan Cutler Dec. 30, 2020, was mentioned in the January 6th hearing today. pic.twitter.com/9E6SkiBT4O