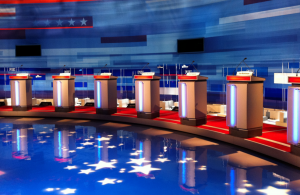 The first debate of the Democratic primary for Governor is on the calendar. A Harrisburg community group will host the event on June 5.

Alan Kennedy-Shaffer, president of the grassroots community group Harrisburg Hope announced today that it will be hosting the forum.

The group has invited a whole plethora of participants, extending invites to both announced and prospective Democratic candidates.

As of today Hanger, Myers, and Wolf, have confirmed that they will attend.

Schwartz’s staff said she was not confirmed for the debate.

Kennedy Shaffer noted Schwartz will be unable to physically attend as Congress is scheduled to be in session that day, but hoped to arrange a way for her to participate remotely.

The group also stated that it has received a fourth confirmation from a high-profile prospective candidate who has yet to officially announce their candidacy.

The event, a free, open-mic forum, will be moderated by Kennedy-Shaffer and will be located at the Midtown Scholar Bookstore in Harrisburg at 6pm.

“We are honored to host the first forum with the 2014 candidates for governor,” Kennedy-Shaffer announced.

“We hope the community will join us on June 5 to talk about state issues, such as the budget, education, fracking, and transportation, and local issues, such as getting Harrisburg out of debt.”

This debate will be a starting event in the most-watched campaign in Pennsylvania, and what is likely to be one of the most high-profile races in the country over the next 2 years.