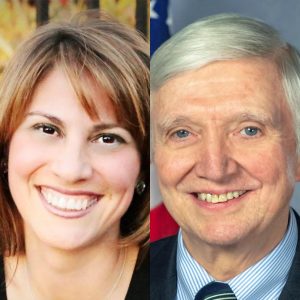 Down goes Dermody. The House Minority Leader conceded his Allegheny County-based seat on Tuesday night after several tense days of tallying ballots. Dermody has served in the state legislature for 30 years and spent the last 10 as Minority Leader.

“I’m honored and humbled that the people of this district have entrusted me with the job or representing them in the Pennsylvania State House and I promise to bring fresh ideas and new energy to the job,” DelRosso said. “I want the citizens of District 33 to know that I will be a voice for everyone in the Allegheny Valley. The next two years pose many challenges. A pandemic has hurt our economy, and government has yet to live within its means. I hope to be a voice for fiscal responsibility and commonsense government in the years ahead.”

“It has been my honor for 30 years to represent my neighbors in the 33rd District,” Dermody wrote in a statement. “I had hoped to continue this work for two more years, but voters in the district appear to have made a different choice.”

As of Wednesday afternoon, DelRosso leads Dermody by just under 3 points in the race, according to returns from the DOS.

Dermody’s departure from the state legislature will lead to a battle among Democrats to lead the caucus. Several sources told PoliticsPA that those that have been mentioned as having interest in this role include Whip Jordan Harris (D-Phila), ranking Appropriations Committee Matt Bradford (D-Montgomery), Caucus Chairperson Joanna McClinton (D-Phila), and State Government Committee Chair Kevin Boyle (D-Phila).