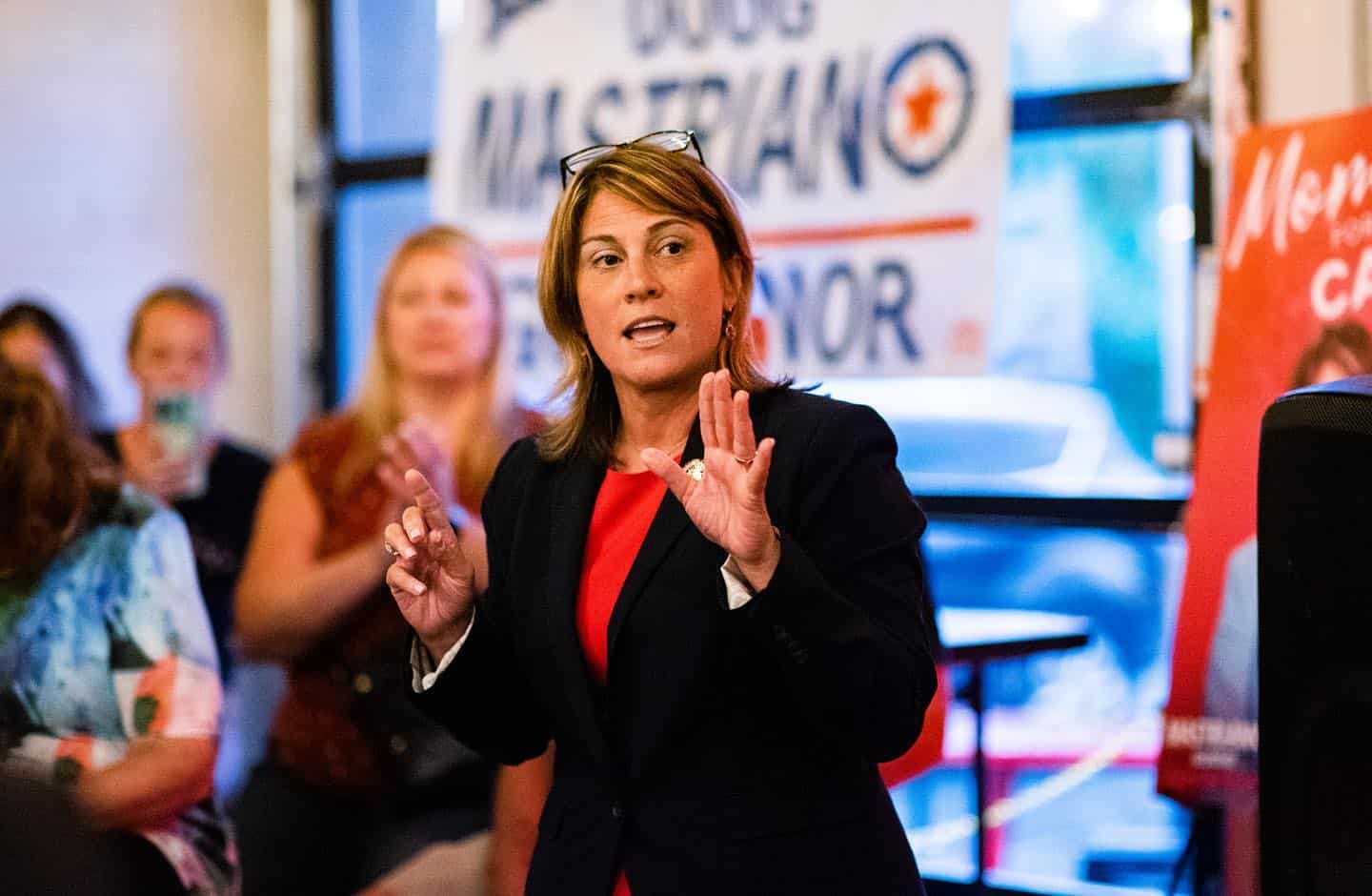 Carrie DelRosso, the Republican candidate for lieutenant governor, told a group of Montgomery County activists that the GOP is counting on ‘mama bears’ to help the ticket across the line on Election Day.

The Scranton native knows full well that her running mate, Doug Mastriano, is getting outspent by a huge margin. But that has not swayed the 47-year-old’s optimism.

“Shapiro has a $16 million TV buy,” she stated. “What else can he say about a 30-year colonel in the Army, who knows strategy, who’s brilliant, he’s got his doctorate in history?”

DelRosso met with Moms For Liberty on Monday night, sharing her personal story and making her pitch for grassroots support throughout Montgomery County and the Commonwealth.

After graduating from the University of Pittsburgh, DelRosso remained in the area, raising three children, serving on the Oakmont Borough Council and running a public relations business before becoming alarmed at what was happening in her local school district.

She ran against longtime incumbent Frank Dermody in 2020 and defeated house minority leader by three points. DelRosso hopes to recapture that 33rd District magic with the GOP gubernatorial ticket in 2022.

In her mind, there was also payback for taking out Dermody, as redistricting most likely would cost her that seat this fall. How could she continue “to serve the people”? Run for higher office.

“The Democratic old boys’ regime tried to sideline me,” she said. “I was the last person in the (lieutenant governor’s) race and I ended up winning by 120,000 votes.”

The Monday event was slated to be a discussion of the Mastriano education plan that has blasted by the Pennsylvania State Education Association. It became a wide-open conversation on numerous issues, including election integrity.

Mastriano deputy campaign manager Josh Herman was also in attendance after hearing about the Moms For Liberty group and its involvement in a North Penn School district flap.

“A lot of other politicians would have said, ‘It’s not our district, it’s another senator or representative’s issue,’” said Herman. “That’s not the kind of guy Doug Mastriano is.”

“It’s time to rethink education here in Pennsylvania,” he continued. “Josh Shapiro stood with Tom Wolf in supporting the mask mandates, he supported the school closures, all the horrible things the pandemic brought in 2020, the school shutdowns, the escalation of these woke ideologies, whether it was CRT, gender theory, all kinds of this nonsense that has crept into our schools across Pennsylvania. One of the most encouraging things we saw was a grassroots movement that rose up. It was led by angry mama bears.”