Democrats Turn Their Attention to Governors’ Races Across Country 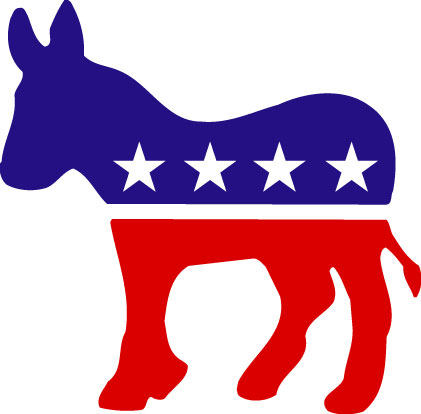 While the battle for control of the U.S. Senate and House of Representatives rolls on, another struggle is quietly unfolding across the country – control of governors’ mansions.

Pennsylvania is one of four states emerging as top priorities for Democrats in this election year where the party faces strong political headwinds. In that quartet, including Kansas, Michigan and Wisconsin, Republicans control the state legislatures and Democratic-held governorships are on the ballot in the fall.

History sides with the GOP. In 2006 and 2018 – the midterms after a Republican presidential win – Democrats picked up six and seven net governorships, respectively. On the flip side in 2010 and 2014, following White House victories by Barack Obama, the GOP won six and two mansions, respectively.

“They say every election is the most important of our lifetime. Well, this one is,” said Kadida Kenner, executive director of the nonpartisan New Pennsylvania Project, a group that works to register new voters told Reuters.

Democratic governors such as Tom Wolf, Gretchen Witmer (Mich.) and Tony Evers (Wis.) have championed their roles in stopping GOP-backed legislation targeting everything from abortion rights and school curricula to access to voting.

“My entire donating life has always been centered around Congress, but I really think that if you care about democracy, you need to worry about these governors’ races,” said Steve Elmendorf, a Democratic donor and lobbyist, to Politico. “This is critical for us to win in 2024.”

A change in strategy that leads to a coordinated and well-funded push from Democrats could rearrange the chessboard that previously has found many donors plunging large sums of money into long-shot national candidates.

“A lot of the Democratic donor base didn’t see governor’s races as very sexy, compared to federal ones, but I think we’re going to see historic investments this year,” said Morgan Jackson, adviser to North Carolina’s Roy Cooper, the chair of the Democratic Governors Association.

The biggest of those could come from George Soros, who put $125 million into his super PAC to focus on pro-democracy efforts and cut large checks to the Democratic Association of Secretaries of State.

The Democrats’ failure to pass voting rights legislation is also a factor, as Dems hope that governors can serve as bulwarks against GOP-led laws to roll back voting expansions and restrict voting access. Pennsylvania Attorney General Josh Shapiro, the Democratic front-runner for governor, has been directly involved in approximately 50 lawsuits about the 2020 election. And in the Keystone State, the governor appoints a secretary of state who oversees election administration.

Governors also play a large role in presidential elections through the certification of the electors.

“For those that also care about presidential elections and races, these governor’s races are absolutely must-wins,” said Guy Cecil, chair of Democratic super PAC Priorities USA.