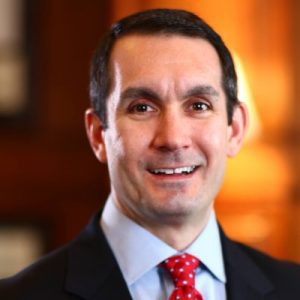 Eugene DePasquale has announced that he will not be a candidate for the 10th Congressional District seat held by Scott Perry in the fall.

DePasquale, the former Pennsylvania Auditor General (2013-21) who previously served as the 95th district representative in the PA House (2007-13), ran for Perry’s seat in the fall of 2020.

Democratic leaders had been hoping to convince the 50-year-old DePasquale to make another run. With little change in the 10th District with the newly-approved maps, that appears to have assisted him with his decision.

“While I had hoped for a fairer, more competitive district in which to run, the recent redistricting process has resulted in a district that, in my opinion, will continue to reward candidates who peddle in extremism and division. That is not who I am, and therefore, I do not see a path forward,” he said in a statement.

“The passion I have for solving our shared challenges has not and will not ever change, and neither will my desire to play a part in fixing them. It is my promise that I will find other ways to stay in the fight, because what lies ahead of us is just too important not to.”

Perry defeated DePasquale, receiving 53 percent of the vote to 46 percent for his opponent.

2 thoughts on “DePasquale to Sit Out 10th District House Race”