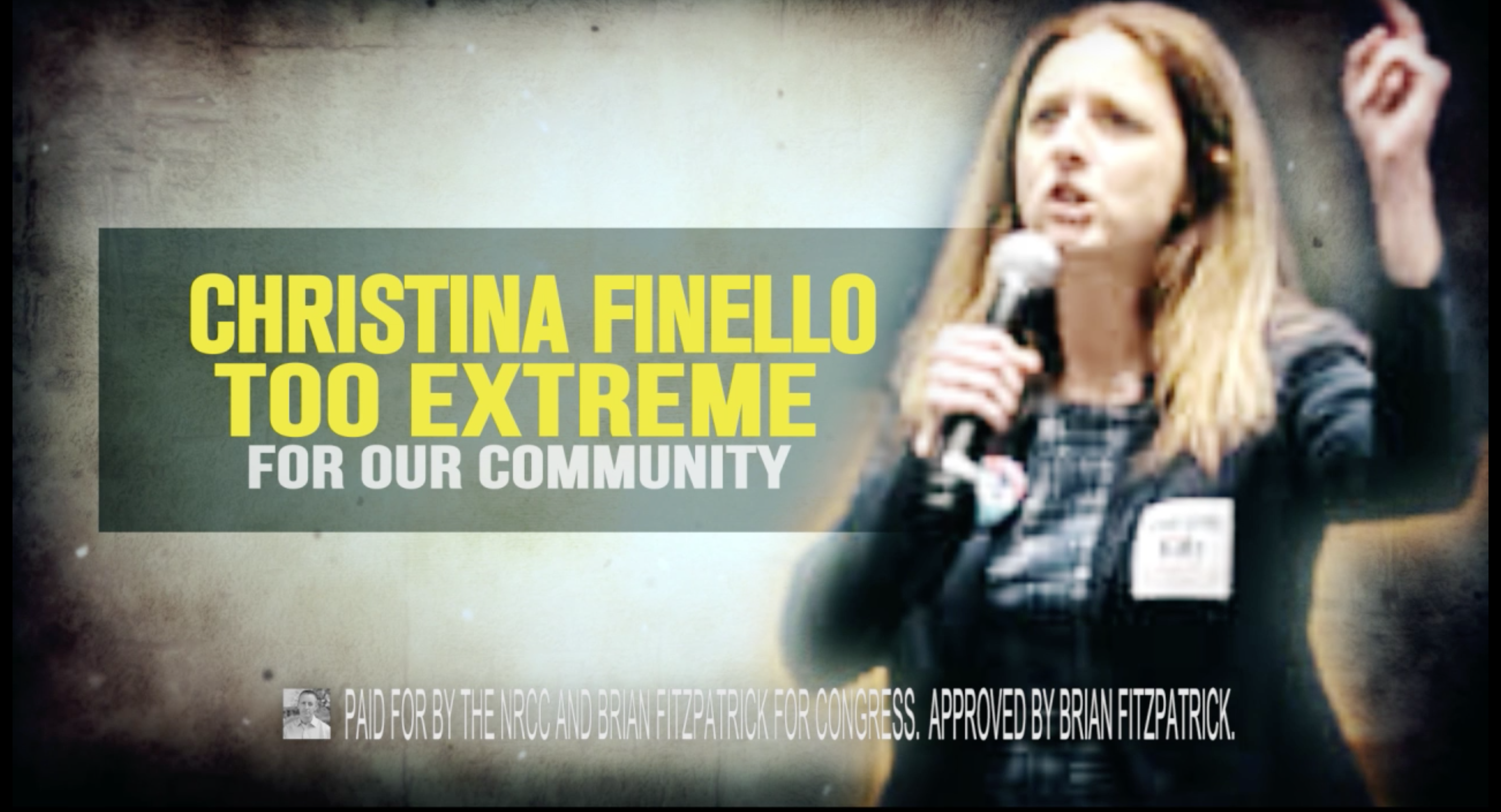 Rep. Brian Fitzpatrick (R-Bucks) and the National Republican Congressional Committee (NRCC) launched a new ad PA-1 that touts Fitzpatrick’s endorsement from the Fraternal Order of Police and accuses Dem challenger Christina Finello of supporting the ‘Defund the Police,’ movement – which she opposes – along with elements of the House-passed HEROES Act.

“We can’t do our job without the support of people like Brian Fitzpatrick,” Campi says, overtop text about the F.O.P. endorsement. “I’m Mike Campi, I know Brian Fitzpatrick. I trust him because I was his boss at the FBI.”

The latter half of the ad pivots to attack Finello, saying she is out of step with the district.

“Christina Finello wants to defund our police, release dangerous criminals from prison because of coronavirus, and give illegal immigrants stimulus checks, while American families struggled,” a voiceover says. “Christina Finello, too extreme for our community.”

“Christina opposes defunding the police and Fitzpatrick’s continued lies won’t distract voters from the fact that he’s stood by Donald Trump as he downplayed and mishandled this pandemic,” said Finello campaign manager Ali Anderson. “It’s unfortunate that Fitzpatrick is more interested in misleading voters and fanning the flames of Trump’s fearmongering than providing urgent relief for families struggling to pay rent or resources for frontline workers and school districts.”

Finello tweeted on Aug. 23 that she opposes defunding the police. The other attacks in the ad stem from language in the Democratic-backed HEROES Act, that would provide funding relief in response from COVID-19.

A Politifact analysis from May deemed that the claim that the legislation would provide checks to undocumented immigrants as “mostly true” – provided those immigrants had paid taxes – while also providing checks to American citizens. The legislation aims to lower prison population density to reduce the spread of COVID, but is written to avoid the release of prisoners who would pose a public safety risk, according to analysis from the Auburn Citizen of a similar attack ad from another Republican running for Congress

Crime has been a signature issue for Trump and the GOP so far in 2020 but it is a longtime topic for campaigns in Bucks County, which borders Philadelphia and is home to many former city residents. For example, an NRCC ad in 2012 linked the Democratic candidate that year to Mumia Abu-Jamal.