Former Teacher Jumps in the Race to Challenge Meehan 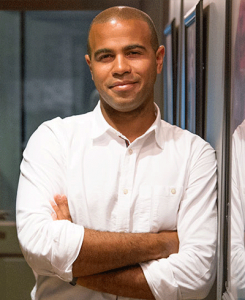 Paul Perry, a former Philadelphia teacher, is jumping into the race to challenge Congressman Pat Meehan (R-Delaware) next year.

“As the leader of two organizations aimed at serving youth in our community, I know it’s not enough to talk about improving lives — I’ve worked to deliver real results. I will rely on this same passion and skillset if you send me to Congress to represent you,” Perry’s website reads.

Perry is working through Brand New Congress, a national organization founded by former volunteers and staffers from Bernie Sanders’ Presidential campaign.  The organization is working to “be a big tent for anyone who is tired of partisan politics and wants to just accomplish the big tasks necessary to actually change this country” according to their website.

Perry is making a central part of his campaign a push for universal healthcare and a push for education reforms.

The adopted son of two fathers, Perry is a native of Montgomery county.  Along with being a former teacher, Perry was an education consultant.

PoliticsPA has reached out to Meehan’s campaign for comment.