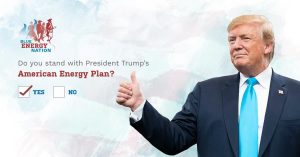 A pro natural gas group is going to bat for President Donald Trump over his administration’s energy policies in a new ad campaign in Pennsylvania.

The Empowerment Alliance, which Politico reports is a 501(c)4 supporting natural gas and is funded by anonymous donors, is launching a five figure digital ad buy in California, Virginia, Texas, Ohio, and Pennsylvania lauding the Trump administration for its energy plans, criticizing the Green New Deal, and accusing Russia and Saudi Arabia of “Trying to Kill American Energy Independence.”

“The United States is on its way to full energy independence as a result of clean, affordable, and abundant natural gas,” said The Empowerment Alliance Spokesman Ian Prior. “But as America’s energy revolution makes us more self-reliant, our international rivals and extreme factions within our country will stop at nothing to slow our progress. Now more than ever is the time to stand with President Trump and support policies that will lead to full energy independence.” 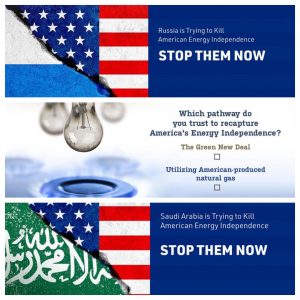 The release also states that the ads, which will run on websites for the next month, will contain a petition for support of Trump’s energy plans. A spokesperson for the group wouldn’t say how much is specifically being spent in Pennsylvania for the ad buy, but said that the overall ad buy is “well into the five figure range” and is running statewide in Pennsylvania.

“It is (Pennsylvania) one of the states that is helping to power America’s natural gas revolution and its importance to providing clean, low cost domestic energy cannot be overstated,” Prior added.

“Under Trump’s watch, thousands of jobs have left Pennsylvania as a result of his toxic economic agenda. His slow and chaotic coronavirus response cratered an already vulnerable economy and devastated working Pennsylvanians,” said DNC Spokesperson and PA native Maddie McComb. “We look forward to sending Joe Biden to the White House this November to fix the problems Donald Trump created.”