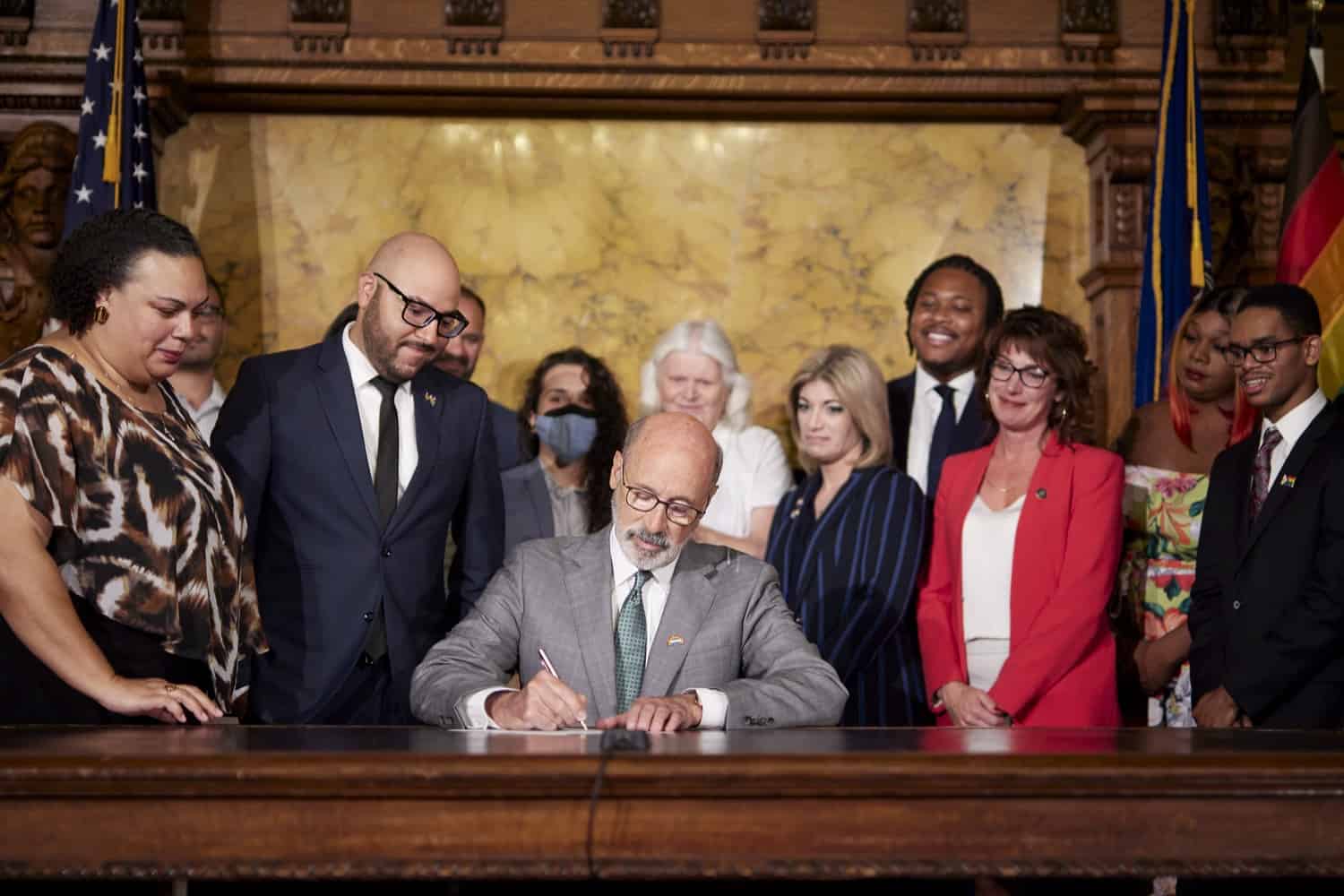 Governor Tom Wolf signed an executive order on Tuesday to significantly restrict the use of conversion therapy in the state.

“Conversion therapy is a traumatic practice based on junk science that actively harms the people it supposedly seeks to treat,” said Wolf. “This discriminatory practice is widely rejected by medical and scientific professionals and has been proven to lead to worse mental health outcomes for LGBTQIA+ youth subjected to it. This is about keeping our children safe from bullying and extreme practices that harm them.”

According to the Human Rights Campaign, there is no scientific evidence to support the use of conversion therapy and the practice can lead to depression, anxiety and suicide.

The Executive Order (2022-2) directs commonwealth agencies to discourage conversion therapy in the commonwealth. It directs agencies to take steps to actively promote evidence-based best practices for LGBTQIA+ individuals that is actually supported by the scientific and medical communities. It also directs the Department of Human Services, the Insurance Department and Department of State and other appropriate agencies to explore and implement all options to ensure state funds, programs, contracts, and other resources are not used for the purposes of providing, authorizing, endorsing, reimbursing for, or referring for conversion therapy, to the extent permitted by law.

At least 20 states have banned the practice, as well as Washington, D.C., and Puerto Rico.

“We have worked tirelessly over the last year to collaboratively get this executive order drafted, through discussions with advocates, parents, and many stakeholders. With this action, the practice of conversion therapy has its days numbered in Pennsylvania,” said Rafael Alvarez Febo, executive director of the Pennsylvania Commission on LGBTQ Affairs. “Young people should never be punished for being who they are and that’s what so-called conversion therapy does, while causing sometimes irreparable trauma to individuals.”

“The disgusting and archaic practice of conversion therapy has no place in modern society,” State Rep. Brian Sims (D-Philadelphia) said in a press release. “After 10 years of advocacy and with the help of multiple partners and the leadership of the Trevor Project, we’re happy to see that a ban on conversion therapy is closer than ever. These pseudoscientific practitioners who claim to be able to change a person’s sexual orientation or gender identity are a major cause of depression and suicide for LGBTQ+ children and young adults.

The executive order adds another layer to the upcoming November general election between Democrat Josh Shapiro and Republican Doug Mastriano in their quest to replace the term-limited Wolf in the governor’s mansion. Unless the General Assembly passes a new law over its use, any future occupant of the governor’s chair can discard Wolf’s executive order with a similar order.