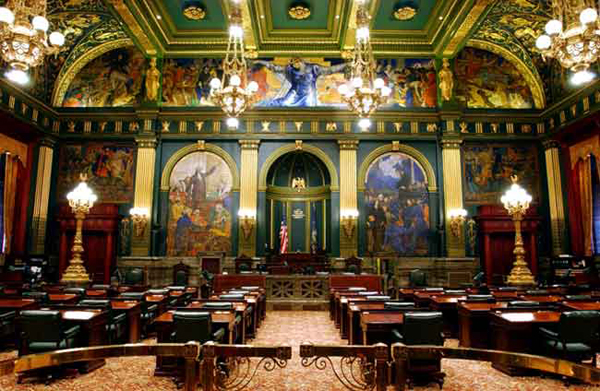 Lawmakers are great, but staffers are the people who make government happen. Over the coming days, we will introduce you to the best and brightest in each of the four caucuses in Harrisburg. First up: the Senate Republicans.

A quick note on criteria. The smartest staffers are those whose savvy, institutional knowledge and work product make them indispensable to their caucus. Our list is based on submissions, interviews and conversations with lawmakers, lobbyists, reporters and other staffers. With apologies to talented district staff, this list contains those who do their work in Harrisburg.

Editor’s note: this project started back in November, but redistricting and the primary intervened. Thanks to all for patience.

We begin with the Senate Republicans. There is relatively little turnover among this group – arguably the smartest caucus. Because they’ve been in the majority so long, jobs are stable. As a result, staffers stay around for years and institutional knowledge is plentiful.

A Temple grad, former reporter and once Chief of Staff to Chip Brightbill, Arneson has been around the caucus for years. He writes a blog about board and card games, but unlike most strategy gamers had the chance to put his skill set into action.  He directed Republican redistricting strategy for Congress and the Senate – in each case, making it far more likely for the GOP to maintain dominance for a decade. He’s very intelligent, well-respected by members, good with the press and influential on a host of legislative issues.

Few staffers in the Senate are as influential and skilled in their subject area as Cleaver. A 17-year veteran of Harrisburg, she’s an extremely bright, talented lawyer who understands PUC matters better than anyone. She has her boss’s and the caucus’s ear on every topic she works on, including gaming and utility issues.

A no-nonsense, capable workhorse, this former Department of Ag staffer is one of the sharpest minds in Harrisburg on agriculture issues. That comes in handy since her boss represents one of the biggest farming districts in PA. Crawford grew up on a farm – we hear she showed her share of champion cattle – and never really left. She can still get members of the legislature from the parking area to any exhibit in the farm show in five minutes. Without a map. She knows donkeys, too; she’s married to former Rendell COS Steve Crawford.

Meet the man behind the sweeping Marcellus shale law. Crompton is one of the key staffers in the caucus who also knows health care and tax policy in and out. A Dickinson grad, he’s bright and very focused – probably why he was among the most-nominated people for this list. He also has a reputation as the brightest attorney in the room when dealing with outside counsel.

If you can think of a job that’s more pressure than being the point person for the PA budget – which originates in Senate Approps – we’d like to hear it. Lots of staffers work on the budget, but Jordan knows it better than probably anyone. When it isn’t budget time, he’s a key resource for the caucus because he knows the numbers. He’s been on Approps for years and has a great working relationship with Senators.

Long is the conservative pulse of the caucus. He knows grassroots leaders by name, he knows what the party base wants and expects from Republicans in Harrisburg and he works – successfully – to advance their cause. He has been the lead staff person for Scarnati on issues such as abortion and clinic regulation, welfare and immigration reform, voter ID, and more. The Senate GOP runs in his family; his dad is Mike Long, the caucus’s go-to political consultant.

Lawmakers we talked to described Meyer as approachable, diligent, trustworthy, friendly and straightforward. He’s a resource for members and staff alike; a first stop on the road to Corman or Approps (the process or the the committee itself). He understands the ins and outs of Senate operations like few others, and is one of the best thought-of staffers in the chamber.

Organized, sharp, and good with the press, Milligan is a long-time veteran of the caucus and she hasn’t lost her edge. When she came on board, the Senate Rs were still an old boys club. She challenged that by standing up to some of the top members of the Senate, and cleared the way for women who followed – on staff, and in office.

Joe is one of the most well-liked staffers in the Senate and an effective consensus-builder. He came up through Bob Jubelirer’s shop over a decade ago and represents his current boss incredibly well. He knows banking and insurance issues forwards and backwards, and is often charged with hammering out compromises in that field. He’s also a talented politico and has occasionally taken leave to manage campaign efforts in different Senate races in the state.

A wealthy businessman running for office? Practically a dime a dozen. But one who becomes a staffer? Now that’s something. Woods is a former executive of Exelon and his energy background helps inform policy. But his real strength is strategy. He has a strong sense of what’s possible, and what’s not. He’s more of a strategic thinker than someone who dots the i’s and crosses the t’s, but his role is vital to the caucus.