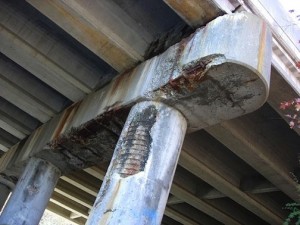 One of Gov. Tom Corbett’s major budget priorities this year is a bit closer to passage, but its fate is still uncertain.

The House Transportation Committee has given the OK to a version of the Senate’s transportation bill that has been the subject of much debate in the House.

It appeared, initially, that the House version of the bill would include deep cuts to funding of mass transit in an effort to privatize the system.

After House Democrats threatened to vote down the bill, however, Republicans on the transportation committee proposed an amendment to the legislation to remove prevailing wage changes and scale back attempts to cut funding to mass transit.

The two issues, as they stood prior to the amendment, were non-starters for Democrats; committee votes on the bill were cancelled on Monday, Tuesday and Wednesday.

While still not completely alleviating the concerns of Democrats, as it still retained some cuts to mass transit funding, the amendment was enough to deliver the final push out of the committee and onto the House floor for a final passage vote.

Mike McGeehan (D-Phila), ranking Democrat on the House Transportation committee, maintains that the bill is certainly not perfect, but that not passing one would be worse.

“I would hope that they see that doing nothing is an expensive and destructive route to go,” McGeehan said, according to CBS Philly.

Both McGeehan and committee chairman Dick Hess (R-Butler) voted in favor of moving the bill out of committee.

According to PA Independent, Hess said the bill would be “open for amendments on the house floor,” meaning further changes could occur once the bill is reported to the full House.

The bill, as approved by the committee, still provides less funding for transportation infrastructure than the Senate bill, but more than Gov. Corbett asked for.

Most of the revenue for the bill comes from a delay in phasing out the Oil Company Franchise tax. Increases in moving violation fines, sales tax on tires and taxes on vehicle leasing are also included.

A $100 surcharge on most traffic tickets in the Senate bill was replaced with a $75 increase in moving violation fines. Increases in license and registration fees were also removed from the bill.

“Today’s vote shows that the legislature understands transportation’s importance to Pennsylvania’s safety and economy,” Corbett said in a press release. “I want to thank Chairman Hess and Chairman McGeehan for sponsoring this amendment, as well as other representatives from both parties for their bipartisan support on this key issue.”

“I thank the governor for his leadership, and the members who have passed this amendment,” said Schoch. “We are now one step closer to passing the most significant transportation legislation in decades.”

As of Thursday afternoon, it was unknown when the full House would vote on the bill as amended.