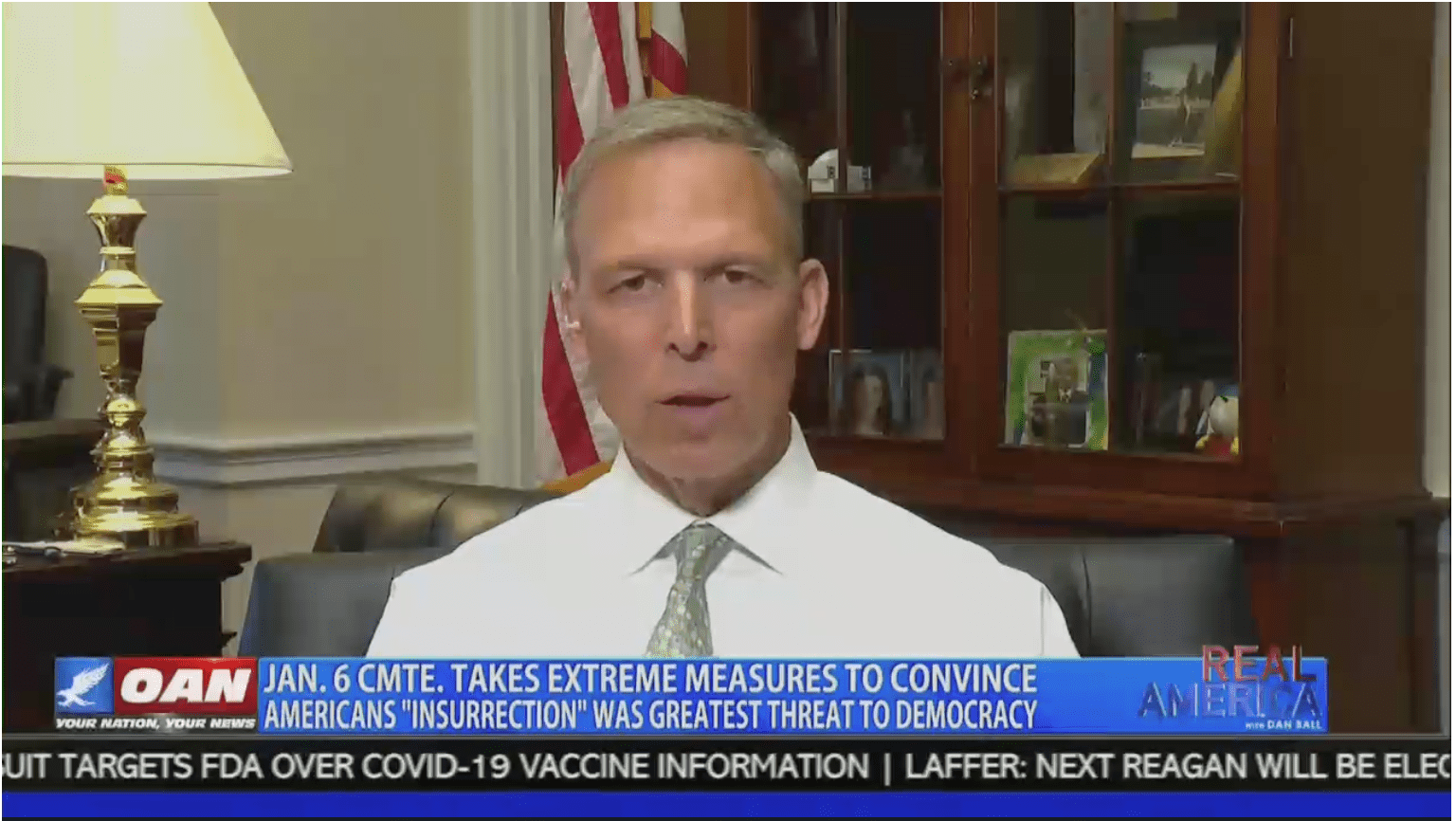 How deep does Rep. Scott Perry’s (R-York) involvement in former President Donald Trump’s efforts to shake up the Department of Justice go?

That was one of the main questions that arose from Thursday’s hearing of the January 6th Select Committee.

The committee revealed that Perry served as a go-between for Department of Justice (DOJ) official Jeffrey Clark and the White House.

Clark, an environmental lawyer that has never been before a trial or grand jury, was shown by the committee as willing to step up and fulfill Trump’s wishes in championing election fraud claims and cause doubts in the results at the highest levels.

Trump and Perry sought to install him as acting attorney general, as Jeffrey Rosen, who replaced Bill Barr as AG, and Richard Donoghue, his assistant, refused to sign a letter to Georgia officials stating that the DOJ was investigating irregularities in the election.

“Jeff Clark certainly was advocating for change in leadership that would put him at the top of the Department, and everyone else in the room was advocating against that and talking about what a disaster this would be,” Donoghue said, according to portions of his deposition and others that were released by the committee in a March court filing.

“He repeatedly said to the president that, if he was put in the seat, he would conduct real investigations that would, in his view, uncover widespread fraud; he would send out the letter that he had drafted; and that this was a last opportunity to sort of set things straight with this defective election, and that he could do it, and he had the intelligence and the will and the desire to pursue these matters in the way that the president thought most appropriate.”

Perry texted Mark Meadows, Trump’s chief of staff, on Dec. 26 encouraging him to “call Jeff” about why the DOJ would not “work especially with the FBI to enforce what needs to be done.” The 10th congressional district representative also sent a text to Meadows regarding a link to an unfounded conspiracy theory that Italy meddled in the 2020 election. “Why can’t we just work with the Italian government?”

Hutchinson also revealed under oath that Perry, as well as other Republicans including Reps. Matt Gaetz of Florida, Mo Brooks of Alabama, Andy Biggs of Arizona and Louie Gohmert of Texas, were asking for presidential pardons.

“The only reason you ask for a pardon is if you think you’ve committed a crime,” Rep. Adam Kinzinger, one of two Republicans on the Democratic-led select committee, said during today’s hearing.