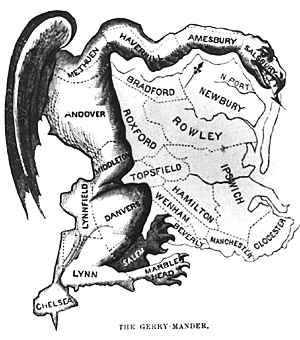 It’s another Why-Don’t-You-Have-a-Capitolwire-Subscription day for Pa. political junkies. The news service has a run down of several emerging scenarios for congressional redistricting, including some conflicting details between the Pa. Senate and Pa. House drafts.

Below are the most titillating details. For Pete DeCoursey’s full story in all its detail, click here. Caution: you are about to enter the no compactness zone.

For their buddy Rep. Jim Christiana or perhaps even Majority Leader Mike Turzai, the Pa. House GOP wants to make a winnable GOP seat out of the Altmire-Critz district.

Lawmakers are tinkering with the idea of lumping the Democratic part of Beaver County into Rep. Mike Doyle’s Pittsburgh district. The new district would put the historically Democratic southwest (Greene, Fayette, etc) into Rep. Bill Shuster’s district and peel some strong conservatives away from Rep. Tim Murphy.

The GOP Congressional delegation and Pa. Senate want to make Altmire-Critz a Dem-leaning district that contains Altmire’s house in the North Hills of Pittsburgh as well as the southwest corner of Pa.

Rep, Mike Kelly will give up half of Erie County to Rep. Glenn Thompson, pick up all of Butler Co., and possibly parts of Lawrence and Beaver.

Republicans aren’t trying to take out Rep. Tim Holden. Rather, they want to stuff his district full of Democrats. He’ll likely have Schuylkill County and Scranton, and there are serious plans that give him parts or all of Harrisburg, Reading, Wilkes-Barre or even Easton(!).

Rep. Lou Barletta wants to keep Wilkes-Barre. Rep. Todd Platts doesn’t want to absorb Harrisburg, but he might. Rep. Joe Pitts will move west, keeping just a time part of his home county of Chester. He could also get part or all of Reading. Rep. Pat Meehan will also stretch west, all the way into parts of Lancaster County.

Gone are ambitious plans to combine/mess with districts of Reps. Bob Brady, Chaka Fattah or Allyson Schwartz. The congresswoman will pick up Lower Merion and a few other increasingly Democratic areas in the Philly burbs, as expected.

Rep. Mike Fitzpatrick will probably keep all of Bucks County, including the big Democratic towns of Bensalem and Bristol, but give up his slice of Philadelphia.