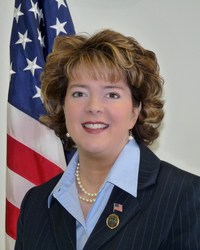 Two House Legislative Proposals Aimed at Gas Tax: Two legislative proposals will be introduced in the Pennsylvania House with the same goal – to reduce the pain at the gas pump for Keystone State residents.

PA Senate Race: ‘’You’ve got to eat’: Oz talks inflation, energy costs in campaign stop in Johnstown’: The Johnstown Tribune-Democrat reports that “standing in Market Basket’s produce aisle and holding a cantaloupe, Dr. Mehmet Oz, the Republican nominee for U.S. Senate in Pennsylvania, talked on Wednesday about how increasing transportation costs and inflation have impacted the price of food in recent months.”

‘County GOP censures Pa. lawmaker; to him it means as much as ‘a cloudy day’’: PennLive reports that “a state senator has been censured by one of his local Republican committees for supporting opponents of candidates that the committee endorsed for two legislative seats. These actions by Sen. Mike Regan, R-Cumberland/York counties, not only “undermine what our committee does but it encourages others to do the same in future elections,” Cumberland County GOP Chairman Louis Capozzi said in a letter informing Regan of the committee’s censure vote.”

‘Rep. Dave Zimmerman says he was stripped of committee assignments because of ‘perception’ issue’: LNP | LancasterOnline reports that “state Rep. Dave Zimmerman took to social media earlier this month to say Republican leaders in the Legislature stripped him of his committee assignments because they believed he supported a primary challenger to Sen. Ryan Aument.”

‘Pa. teachers union pushes back against lawmaker’s proposal to allow school employees to be armed’: PennLive reports that “the proposal from Mastriano, the Republican gubernatorial nominee, drew immediate fire from the state’s largest teachers union that sees it as a threat to student safety.”

‘Pa. state university system adopts enrollment-based formula for distributing state dollars’: PennLive reports that “the stakes over state investment in Pennsylvania’s State System of Higher Education got higher on Wednesday with the approval of a new enrollment-driven formula for allocating dollars to the system’s soon-to-be 10 universities.”

‘Fights over Pa. election rules that seemed settled after 2020 have now come roaring back’: The Philadelphia Inquirer reports that “Pennsylvania’s primary election and Senate race recount are over. But as the state heads into yet another high-profile and contentious November, elections officials and lawyers are warily acknowledging something: It’s starting to feel a bit like 2020.”

‘Bill that would limit inmates’ records access passes House’: The Associated Press reports that “a bill that would allow incarcerated people to request public records only about themselves or their own cases is making its way through the Pennsylvania Legislature.”

‘PA bill would allow seizing illegal dirt bikes & ATVs, fine riders’: ABC27 reports that “the Pennsylvania House Transportation Committee has unanimously approved a bill that would allow police to seize dirt bikes and ATVs that are being illegally ridden on local streets.”

‘A bill regulating herbal stimulant kratom looked different after a Pa. House panel got done with it’: The Pennsylvania Capital-Star reports that “a state House bill that was supposed to enhance consumer protections for kratom, an unregulated plant that has the properties of a stimulant when consumed at low levels and an opiate when consumed in high quantities, ended up looking very different when it came out of committee this week.”

Opinion
Ryan Bizzarro, Sara Innamorato, Nick Pisciottano, and Joanna McClinton: Our plan would end price gouging and protect the people
John L. Micek: Pa. House lawmaker proposes $100M mental health aid package | Wednesday Morning Coffee
Kate L. Nolt: Pennsylvania should think twice about privatizing alcohol stores
Joyce M. Davis: Lift every voice and sing: Happy Juneteenth | Social Views
Evan Myers: State College, Centre Region must have an accurate census count
Al Taubenberger: If San Francisco can vote to recall its district attorney, why can’t Philly?
Jenice Armstrong: Gun violence is poised to ruin yet another summer. Not enough is being done to stop it.
Post-Gazette Editorial Board: Congress: Pass the Toomey-led bipartisan gun control bill
Inquirer Editorial Board: Does a chatbot have a soul?
LNP | LancasterOnline Editorial Board: As cost of farmland soars, next generation of farmers finding ways to get a foothold
Charles D. Allen: What will the next generation of military leaders learn from our years of upheaval?
Michal Maksimak, M.D.: Parents should remain calm during formula shortage