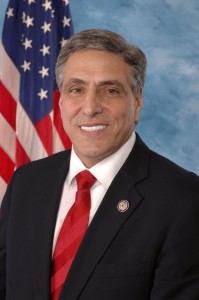 Lou Barletta the stockholder may be benefiting from Rep. Lou Barletta (R-Luzerne) the politician, the Wilkes-Barre Times Leader reported Sunday.

The new STOCK Act, which compels disclosure of investment information from members of Congress, offered a window into Barletta’s finances.

He says that his finances are managed by an adviser with whom he has little to no input.

The law was passed earlier in 2012, after a report on ‘60 Minutes’ by CBS News highlighted several instances of lawmakers whose personal finances benefited specifically and directly as a result of congressional votes.

The Times Leader pointed out that Barletta’s portfolio includes a significant amount of stock in energy companies that may benefit from his votes to reduce pollution regulations – if the bills ever get through the Senate, that is.

One of the several instances the report found is that in May 2011, Barletta voted for three bills that would increase offshore drilling, only two months after adding to his portfolio stock in offshore drilling company Seadrill Limited.

This all comes after the January 2012 STOCK Act (Stop Trading on Congressional Knowledge) that prohibits Congress members and other governmental staff from using exclusive information garnered from their governmental positions to guide their stock trading.

Barletta spoke in support of the Act and insisted he is completely unaware of the contents of his portfolio: “[The Act] makes everything very, very transparent, and I’m comfortable that I don’t even know what stocks I have,” he told the Times Leader.

According to that report, no votes were timed so exactly with his stock trades to suggest the votes were made with the trades in mind. Barletta asserts this is because there really is no conscious connection.

“My financial adviser has total discretion,” Barletta told the Times Leader. “I’m not even notified until after the transaction. I have no knowledge of what he buys and sells.”

Barletta says his portfolio is so varied, he might also be supporting bills that would damage his investments. Indeed, despite owning stocks in pharmaceutical companies like Bristol Myers Squibb Co., Bareltta has several times voted to overturn the healthcare law, which benefits them.

He also offered to show the still-sealed envelopes of notices mailed to him by his financial adviser to prove he truly had no idea what his portfolio contained.