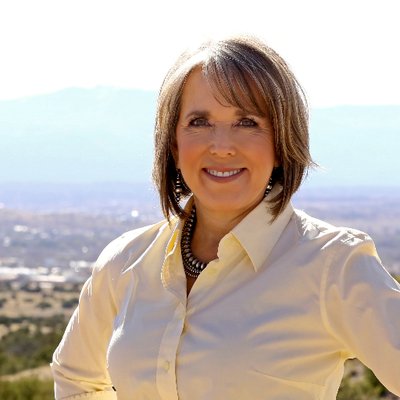 According to a release from the Biden campaign, Lujan Grisham will be leading a virtual roundtable alongside Pennsylvania leaders and advocates to promote Biden’s plans for the Latino community. The event is set to begin at 4 PM on Friday.

“Biden’s comprehensive plan outlines the steps he would take as president to level the playing field for Latino families and ensure Latino communities in Pennsylvania are able to thrive,” according to a link of the event page.

Biden released his Agenda for the Latino Community on Tuesday.

The Trump campaign said that Biden has made “false promises” to America’s Latinos and touted the president’s agenda as benefiting the community in the country.

“Joe Biden has made false promises to America’s Latinos for decades. His pro-China, anti-worker, globalist policies shipped our jobs overseas,” said Ali Pardo, Deputy Director of Communications for Trump’s campaign. “His support for illegal immigration depressed American workers’ wages, making it harder for everyone, including legal immigrants, to achieve the American Dream.”

“Many Latinos support President Trump because they understand that his policies actually help families like theirs,” Pardo continued. “The President doesn’t make empty promises – he supercharged America’s economy once, and he will do it again.”

Biden and Trump have two different tones and plans on immigration, although the former VP doesn’t endorse “illegal immigration” in his Agenda for the Latino Community.

Although Trump didn’t earn widespread support among Latino voters in the previous presidential election, he did perform better than previous Republican presidential nominees.

A Politico story from mid-July reported that Biden’s campaign has made a “sharp pivot” towarding courting Latino voters by “hiring a rash of Hispanic operatives, spending $1 million in Spanish-language outreach and, this week, signing one of the nation’s top pollsters in the field, Latino Decisions.”

49% of Latino voters in Pennsylvania said that selecting Lujan Grisham as the running mate would make them “much more likely” or “somewhat more likely” to vote for Biden against President Donald Trump and Vice President Mike Pence, while 17% said that choosing the New Mexico governor would make them “much less likely” or “somewhat less likely” to vote for Biden, and 34% saying that it would have no impact on their vote for Biden.