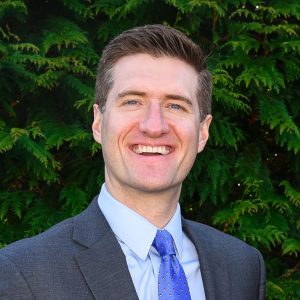 “Each of us is more than the worst thing we’ve ever done.” This impactful statement by Bryan Stevenson, founder of the Equal Justice Initiative, is a mantra for criminal justice reform advocates in our local communities, county courthouses, state capitals, and Washington. A second chance can mean the difference between life or death to those who become part of the System. Reformers strive to create more opportunities and reduce barriers for those who have made mistakes and who are willing to make incredible transformations. These citizens become living testaments for the ability to change.

Detractors claim that the complexity of the criminal justice system is the reason why reform was unreachable.  However, we’ve seen all types of governments – big and small, rural and urban – collaborate and examine each part of the system. We have developed new processes, different approaches, and ultimately focused more heavily on the needs of every individual. Each person’s journey, including their entrance and exit through the criminal justice system is, different, distinctive, and unique.

“Three hots and a cot” was the operating philosophy of many jails and prisons. This approach sufficed until decision-makers were forced to spend tens of millions of dollars to build larger facilities to house an ever-increasing prison population. Obviously, a different tactic was needed. County governments across Pennsylvania have led with renewed purpose to reform the criminal justice system, drawing together many new connections and collaborations.

In 1999, Centre County created a Criminal Justice Advisory Board (CJAB) in order to address prevalent patterns and better plan for the future of our system. Since its founding, the CJAB has been committed to the successful reentry of individuals after they are released from our correctional facility. In 2014, to build further partnerships within the criminal justice system, the CJAB established the Centre County Reentry Coalition.

The Coalition is a collaboration of government and public agencies, non-profit organizations, faith-based partners, and other concerned citizens who are committed to reducing recidivism among returning citizens in Centre County. We provide individuals with support, tools, and knowledge to successfully and safely return to the community and through their own initiative, remaining offense-free. The Coalition utilizes a holistic approach with emphasis on education, families, health services, treatment, employment, mentorship and housing.  In pursuing this mission, we have concretely and demonstrably improved lives, reduced recidivism, and enhanced public safety in our County.

In 2017, Governor Tom Wolf and Attorney General Josh Shapiro announced the creation of the Pennsylvania Reentry Council (PARC). This collaboration of counties, state and federal reentry entities is focused on further improving the lives of incarcerated individuals. PARC has helped to lay the foundation to share best practices and establish new county reentry groups dedicated to positive outcomes and increased opportunities for citizens returning from jail back to their communities.

At the Federal level, all 18 members of the Pennsylvania congressional delegation, Democrat and Republican alike, unanimously supported the First Step Act- then signed into law by President Trump in 2018. The Act rolls back some of the harshest and most unfair federal sentences, and according to the Congressional Budget Office, the reforms outlined in the Act will reduce the federal prison population by 32,000 individuals over the next decade. This will provide the Federal Government with a savings of hundreds of millions of dollars.

At all levels of government, the opportunities for and benefits from criminal justice reform are real. Tangible progress is being made, but as is the case for many improvements in our government, there is much more work to be done.

Michael Pipe is the Chairman of the Centre County Board of Commissioners and sits on the advisory board of Kennedy Democrats.