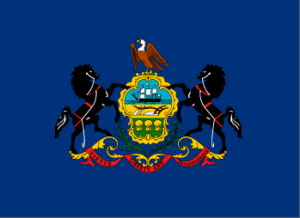 Senator Jake Corman formally declared his candidacy for Governor. Here is the Playbook.

‘PA Senate President Jake Corman joins the governor’s race as a familiar name in a crowded GOP field.’: The Philadelphia Inquirer reports that “Pennsylvania Senate President Pro Tempore Jake Corman officially launched his campaign for governor on Tuesday, casting himself as an experienced legislator who would be a “people-first governor.””

‘House passes bill to allow permitless concealed gun carry’: The Associated Press reports that “a bill to allow people to carry concealed weapons without a permit was passed by a divided Pennsylvania House on Tuesday, but faces a veto threat from the governor.”

‘House votes to halt PennDOT plan to toll bridges for repairs’: The Associated Press reports that “a plan to add tolls on nine bridges suffered a setback Tuesday when the Pennsylvania state House passed a bill to void the proposal, although the legislation requires one more Senate vote and faces opposition from Democratic Gov. Tom Wolf.”

‘Mask mandate must expire Dec. 4, judge rules in latest twist’: The Associated Press reports that “a Pennsylvania judge on Tuesday said an order that requires masks inside K-12 schools and child care facilities to contain the coronavirus must expire Dec. 4, although that is unlikely to be the final legal development in the case.”

‘Wolf takes blame for breaking election law, says he asked wife to drop off ballot’: PennLive reports that “Gov. Tom Wolf apologized on Tuesday for his “honest mistake” in asking his wife to deliver his mail-in ballot for the Nov. 2 election. In a morning interview on the same KDKA radio show where he admitted to a violation of an election law two weeks ago, Wolf apologized.”

‘Former House Speaker Mike Turzai’s portrait now holds a place in the speakers’ gallery’: PennLive reports that “a portrait of Mike Turzai now hangs on the first floor of the state Capitol alongside those of nearly two dozen of his predecessors who have held the high honor of serving as the presiding officer of Pennsylvania’s House of Representatives.”

‘Pennsylvania House committee votes to endorse proposed constitutional amendment on right to refuse vaccines’: The Allentown Morning Call reports that “following debate that went to the heart of disagreements on mandatory vaccination for COVID-19, the Pennsylvania House Health Committee early Tuesday endorsed a proposed constitutional amendment to guarantee the right to refuse vaccines.”

‘Bail funds help the poor get out of jail. Advocates say a Pa. House bill could shut them down’: The Pennsylvania Capital-Star reports that “as the former head of the top national bail bonds industry group lobbies lawmakers, a bill that would treat nonprofits that free people from pre-trial detention the same as for-profit companies has quickly and quietly advanced in Harrisburg this month.”

‘GOP Senate Candidate Carla Sands Announces Million-Dollar Ad Buy’: The Delaware Valley Journal reports that “Carla Sands served as U.S. ambassador to Denmark under President Donald Trump. Now she wants to be Pennsylvania’s next U.S. Senator, and she tells Delaware Valley Journal she’s going up with a $1 million television and digital ad buy beginning Nov. 17 as part of her bid to become the GOP nominee.”

‘Fitzpatrick, former House Republicans defend votes for infrastructure’: City & State PA reports that “eighteen former House Republicans issued a letter Tuesday chastising GOP party leaders for their silence regarding the attacks their members have received from within the party and from the right. Former Pennsylvania Reps. Charlie Dent, Phil English, Jim Gerlach and Jim Greenwood were among the signees.”

‘As Pennsylvania’s GOP gets more conservative, labor unions are back in the crosshairs’: WHYY reports that “an increasingly conservative legislature and next year’s open gubernatorial election have Pennsylvania’s public sector unions on high alert. Meanwhile, the commonwealth’s anti-union advocates are starting to feel like they might make some long-awaited headway.”

‘Gainey, Casey make pitch for public health plans at Magee-Women’s Summit’: The Pittsburgh Post-Gazette reports that “the incoming mayor of Pittsburgh bookended a daylong talk on equity in women’s health by promoting his call for a comprehensive public health plan to eradicate violence and make the city safer, more affordable and more diverse.”

‘Sen. Bob Casey Predicts Neighboring Sen. Joe Manchin Will Be On Board To Pass Build Back Better Plan’: KDKA reports that “U.S. Senator Bob Casey says now that the bipartisan Infrastructure Bill is law, Congress needs to pass the president’s Build Back Better plan. In an interview on Tuesday with KDKA political editor Jon Delano, Casey said he’s confident that all fifty Democrats, including Joe Manchin of West Virginia, will join together to pass the bill.”

‘All you need to know about the Bobby Henon and Johnny Doc convictions’: The Philadelphia Inquirer reports that “Labor leader John Dougherty and Councilmember Bobby Henon have been found guilty on a slew of corruption charges. Here’s what to know.”

‘John Dougherty resigns as union leader day after conviction’: KYW Newsradio reports that “a day after he was found guilty of conspiracy and honest services fraud, labor leader John “Johnny Doc” Dougherty has announced his resignation from the union.”

‘Mayor Jim Kenney defends convicted labor leader John Dougherty and Councilmember Bobby Henon’: The Philadelphia Inquirer reports that “Mayor Jim Kenney on Tuesday defended labor leader John Dougherty and City Councilmember Bobby Henon in the wake of their convictions on federal corruption charges, declining to say whether he believed the men were guilty and predicting that not much will change in City Hall in light of the scandal.”

‘After 4 years in prison for bribery, Rick Mariano has advice for Bobby Henon’: WHYY reports that “former Philadelphia Councilman Rick Mariano, who served four years in federal prison for accepting bribes while in office, urged Bobby Henon, who was also convicted on federal bribery and conspiracy charges on Monday, to resign.”

‘As Pa. is set to end school mask mandate, Philly says why they’re keeping theirs’: KYW Newsradio reports that “even though Pennsylvania is now on its way to allowing local school districts to make their own decisions on masks, the Philadelphia School District isn’t planning to lift its mandate until health officials say it’s safe.”

‘Banning second jobs, publicly financing campaigns: How Philly Council could prevent corruption’: WHYY reports that “if Philadelphia City Council wants to try to prevent the type of corrupt activities that led to Councilmember Bobby Henon’s federal conviction for taking bribes, members have a range of new programs and laws they could put in place, from public financing of elections to a ban on council members from holding outside jobs.”

‘What the infrastructure bill could mean for Pa. Amtrak expansion’: Pittsburgh City Paper reports that “Pennsylvania is due to get money for roads, bridges, public transit, broadband, and more. For Pittsburgh, it could mean funding busway extensions, new highway interchanges, and sewage and stormwater improvements.”

‘Chester County election, in hands of Democrats, will play out next week’: The Daily Local News reports that “the Chester County Board of Elections is scheduled to meet next week to formally take up the question of whether results of the 2021 Municipal Election in favor of Democrats should be officially certified, or whether the county should undergo some unprecedented review of those figures, as Republicans continue their assaults on the election’s outcome.”

‘Feds want Scavo jailed for Jan. 6 Capitol riot, his lawyer seeks probation’: The Scranton Times-Tribune reports that “as he fights to stay out of prison for his role in the Jan. 6 Capitol riot, former Old Forge School Director Frank Scavo wants everyone to know he’s sorry. Especially the federal judge who might jail him.”

‘City Council bill would protect people experiencing domestic violence from discrimination’: WESA reports that “on Tuesday Pittsburgh City Council took up a bill that would extend a prohibition on workplace discrimination to include people who are experiencing domestic violence. Councilor Erika Strassburger introduced the bill. She said that though many employers are understanding about the needs of workers going through those issues, there still isn’t formal protection for workers whose bosses are unsympathetic.”

‘Casey: Johnstown to receive $24 million grant for transportation projects’: The Johnstown Tribune-Democrat reports that “Johnstown’s train station, the Johnstown Inclined Plane, Cambria County Transit Authority’s Downtown Intermodal Transportation Center and the city’s Main Street will be modernized in both functionality and appearance, thanks to $24,448,164 in discretionary federal funding that has been awarded to the city, officials said Tuesday.”

‘Budget still in deficit’: The Altoona Mirror reports that “Blair County’s 2022 draft budget deficit is down to $2.6 million, an amount that commissioners will have to decide how to cover before Dec. 3, the date targeted to introduce a balanced spending plan.”

‘Officials testify Scranton has earned successful exit from state Act 47 financial oversight’: The Scranton Times-Tribune reports that “having withstood nearly three decades of fiscal challenges including the brink of bankruptcy, Scranton should be granted a green light out of the state program for financially distressed municipalities, state and local officials testified Tuesday at City Hall.”

‘Scranton teachers rally again as board reiterates need for affordable contract, deals with conflicting messages’: The Scranton Times-Tribune reports that “as hundreds of teachers and paraprofessionals picketed in front of Scranton High School and demanded the removal of the district solicitor and chief recovery officer, Scranton school directors said they remain committed to reaching an agreement the district can afford.”

‘York City Councilman Lou Rivera is fined $200 after pleading guilty to disorderly conduct’: The York Daily Record reports that “York City Councilman Lou Rivera pleaded guilty on Monday to disorderly conduct and was fined $200 following accusations that he exposed himself in the bathroom to a man he knew after a job interview.”

‘Reading auditor makes budget recommendations’: The Reading Eagle reports that “Mayor Eddie Moran proposed his 2022 spending plan with no tax increase a couple months ago, and the city auditor Monday night made some recommendations to the budget.”