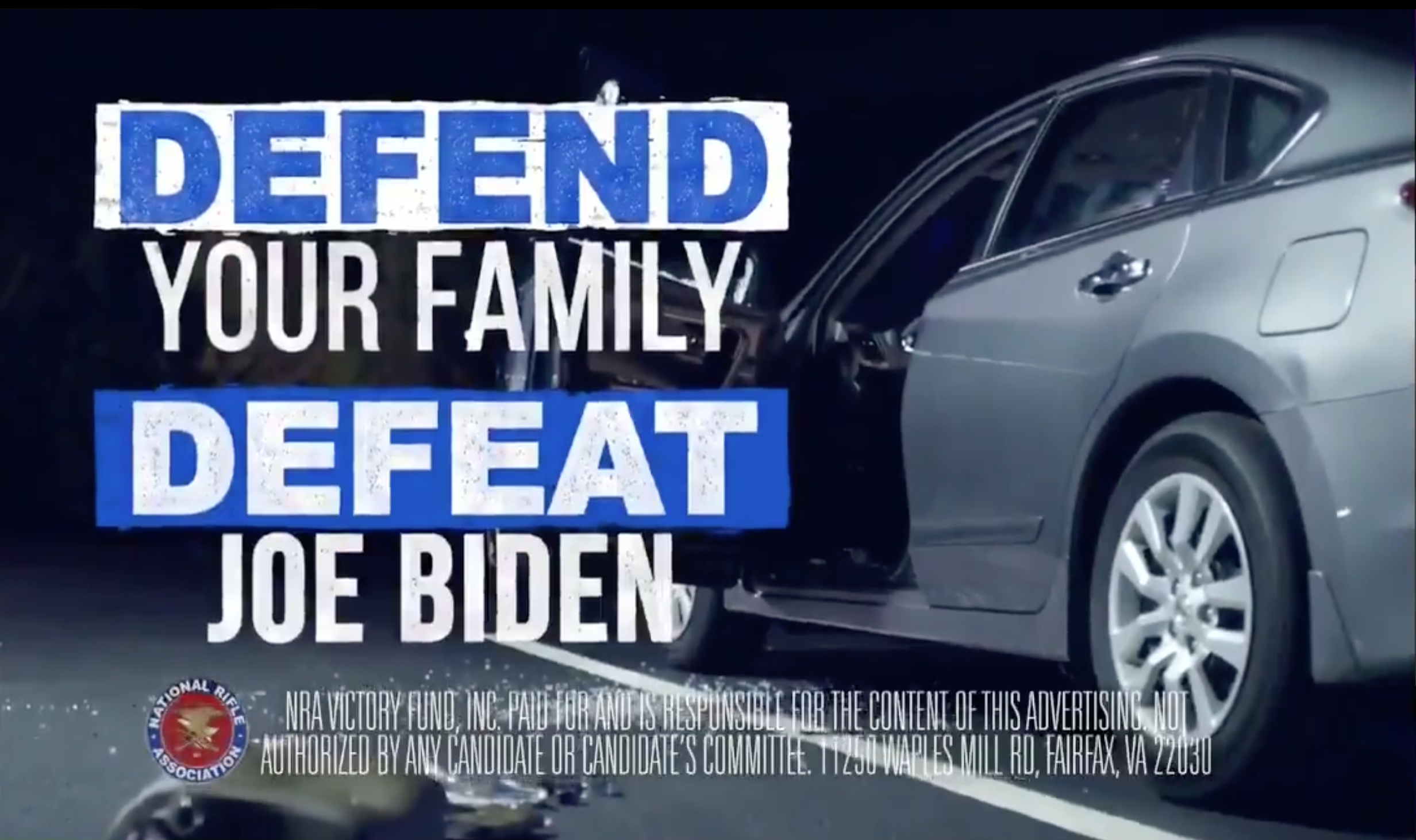 President Donald Trump’s campaign argues that people would be unsafe in Joe Biden’s America. The political arm of the National Rifle Association is echoing that message in a new attack ad airing in several battleground states, including Pennsylvania.

The NRA Victory Fund launched a two week, multi-million dollar TV ad buy in markets in five states, including Pennsylvania, that attacks Biden on gun policies. According to Medium Buying, the total ad spend is $4 million for two weeks. A spokesperson for NRA Victory Fund told PoliticsPA that $1.5 million of that is going to TV markets in PA.

The 30 second spot portrays a woman being chased by two men as she approaches her car. As she looks for her gun, it disappears.

“She’s got two kids, and two jobs. But tonight, she may not make it home,” says a female narrator. “Every woman has a right to self-defense, a gun for protection. But Joe Biden, would take her rights away. For decades, Joe Biden has opposed your gun rights.”

The NRA Victory Fund is up on TV beginning this morning in AZ, MI, NC, PA and WI markets; spending $4M+ across those states over next two weeks — pic.twitter.com/QIVfI0W6CR

The ad ends with an image of shattered glass, a remark about Biden and police funding cuts.“In this election, self defense is on the line. Defend your family, defeat Joe Biden.”

The Biden campaign did not comment on the ad.

Biden’s plan to end the “gun violence epidemic,” says that he will “pursue constitutional, common-sense gun safety policies,” like banning the manufacturing and sale of assault weapons and high-capacity magazines – but not eliminate the 2nd Amendment.

The ad also says: “Now, Biden wants to cut police funding.” Per WGAL8, Biden said during a July interview that he “absolutely” agreed that funding for “surplus military equipment for law enforcement” to police departments should be redirected. The NRA’s phrasing is more careful than that used by Trump’s campaign, which accuses Biden of seeking to defund the police and has been deemed false by fact-checkers. Biden sought to turn the police funding issue against Trump in a recent interview; he noted that the President’s proposed budget would eliminate millions in federal grant programs to local law enforcement agencies.

The Victory Fund is the first to air 2020 ads related to gun issues in PA, but is unlikely to be the last. Everytown for Gun Safety, the Michael Bloomberg backed organization that works to “end gun violence and build safer communities,” selected Pennsylvania as one of its 13 top priority states in the 2020 election.

In any case, the NRA’s political strength has long been that its voters prioritize gun rights issues more than opponents.