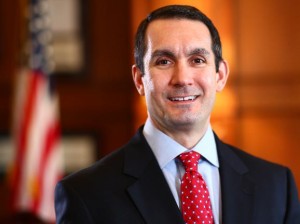 The most prominent official to back Hartman is Auditor General Eugene DePasquale.

“Christina Hartman is exactly the kind of new energy we need in Congress,” DePasquale said. “I am impressed that she isn’t just focused on winning, but also on what needs to be done for the people here and that’s why I’m proud to be supporting her for the 16th Congressional District race in 2016.”

“Christina’s past work on behalf of women and families makes her perfectly suited to fight to expand opportunities for women, reverse income inequality and stand up for the middle class,” Herr stated.