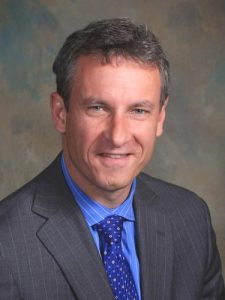 The House Democratic Caucus announced that Rep. Cartwright will replace former Congressman Chaka Fattah, who resigned last June after being convicted, as Pennsylvania’s representative on the House Appropriations Committee.

“For almost a generation now, our area has not had a voice on Appropriations. I am happy to say that the wait is over. This is not only a great honor, but also an opportunity to shape spending that can have a tremendous effect on the lives of seniors, veterans, children, students, commuters, federal workers, federal contractors, and military service personnel,” Congressman Cartwright responded. “Every discretionary dollar goes through the Appropriations Committee, and I intend to use my voice and vote on the Committee to protect the health and retirement security of my constituents and to help spur economic growth in the 17th congressional district.”

“Municipal officials, regional planners, business managers, nonprofit directors, and constituents in the 17th congressional district are not shy about letting me know what’s important to them, and I intend to make those concerns and desires my top appropriations priorities,” Cartwright continued. “To me, this appointment is an opportunity to be even more responsive to the needs of the six counties I represent, and to help them grow and thrive, even as budgets are tight. We’ve seen comparatively restrictive discretionary budgets under the 2012-enacted sequester law, which runs through 2023. That’s a law we need to rethink, especially where additional strategic investments would create jobs.”

“Matt Cartwright has consistently proven himself to be a forceful and effective champion for America’s hard-working families,” stated House Minority Leader Nancy Pelosi. “Congressman Cartwright’s tireless leadership has been invaluable to House Democrats’ effort to build a stronger America for all Americans. In his new role on the Appropriations Committee, Matt Cartwright will be a powerful voice for a budget that invests in America, creates more good-paying jobs, and strengthens hard-working families.”

The 17th Congressional District represents parts of Carbon, Monroe, Northampton, Lackawanna and Luzerne Counties as well as the entirety of Schuylkill County.