PA-6: Li Drops Out, Parrish to Be Dem Nominee 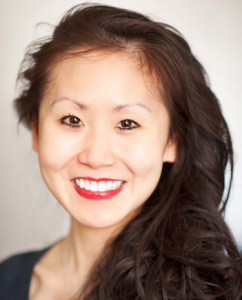 Lindy Li is out of the 2016 election contest.

After her Democratic primary opponent Mike Parrish challenged her petitions, Li dropped out over the weekend.

“I’m not running for Congress,” Li told the Inquirer’s Jonathan Tamari. “We were leading the polls by a substantial margin and we are far more well resourced, but I wish him the very best. I will be running again. I’ve learned my lesson and no one will be able to exploit my weaknesses in the future. I’m just terribly sorry about what happened, it breaks my heart.”

It’s been a tumultuous few months for Li. She originally announced her candidacy last June in the PA-7 race but switched contests in December.

“I am thankful to be focusing full time on the November General Election which is a must-win for the American people. Leadership is sorely lacking in Washington and we need a dramatic change in Congress,” Parrish responded. “I applaud Lindy for her willingness to jump into the political process and I thank her for withdrawing from the race when it was time to do so. By stepping aside, she has cleared the way for everyone to work together and focus on giving the people of the Sixth district the leadership we deserve in Washington.”

“Today’s win is a victory for our campaign, but a minor victory. The important victory has to come in November,” he continued. “In the coming months, I will continue to work tirelessly on winning this campaign, just as I will work tirelessly to give our community the representation we deserve in Washington. I look forward to working with Lindy, with party leaders, and with every resident of the Sixth District of every political affiliation to show that Congress can deliver jobs, quality education, and opportunities for all, and not just a bunch of sound bites. Together we can build a coalition and raise the money required to defeat Ryan Costello and his running mate, whether that is Donald Trump or Ted Cruz.”

The NRCC immediately pounced on the announcement, noting that Parrish has just $27,000 cash on hand.

“With Lindy Li ending her campaign for Congress in Pennsylvania’s 6th District, Democrats are left with another district without an even remotely viable candidate,” NRCC Spokesman Chris Pack stated. “Maybe the DCCC should spend less time talking about their half-baked theories on how they are going to take back the majority this fall and more time getting actual candidates to run for office in the first place.”