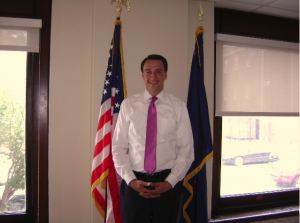 There are only a few dozen true toss-up seats in the 435-member strong House of Representatives.

Pennsylvania’s Sixth Congressional District is considered one of those seats.

Congressman Ryan Costello is trying to change that by becoming as difficult to remove as his predecessor Jim Gerlach, who survived two successive Democratic waves (2006 and 2008) before retirement.

A key element of that quest will be money, so we’re taking an in-depth look at Rep. Costello’s latest FEC report. We’ll also glance at Democratic candidate Mike Parrish’s slim report as well.

Meanwhile, Parrish didn’t have time to win over any PAC money. Outside of family and friends, his most notable donation came from Comcast VP John Lawson who gave $2,500.

About a third of the cash spent by the Congressman, $33,104, went to The Theodore Company for fundraising. The campaign used another $15,437 for advice from KC Consulting.

On the other hand, Parrish’s expenditures were so small he didn’t have to disclose them.