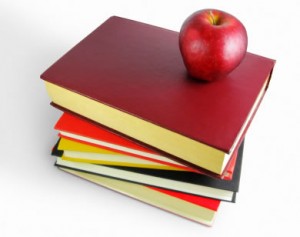 One piece of the budget puzzle looks set to fall into place as Gov. Tom Wolf readies to sign a bill to implement a statewide education funding formula.

In an almost unanimous vote on Wednesday, the PA House of Representatives approved a formula recommended by the Basic Education Funding Commission almost a year ago to close the funding chasm between the state’s wealthiest and poorest school districts, the widest gap in the nation.

All of the state’s 500 school districts will receive the same allocations they received in 2013-14, plus an amount to be determined by the new formula, which makes adjustments for poverty and enrollment rates, as well as the district’s income and school property tax levels, Karen Langley of the Post-Gazette reports.

The formula was used to allocate state education funding this year, and the bill will ensure it is used again in the future, taking politics (somewhat) out of the process.

“It certainly makes the distribution less political,” House Democratic Caucus spokesman Bill Patton told the Post-Gazette. “But the overall question of how much of the state’s money is invested in education remains just as political as ever.”

Spending per student in the state’s poorest school districts is about $3,000 less than in the wealthiest districts, with a class of 25 kids receiving $75K less funding every year, according to the Education Law Center, who filed a lawsuit last year against the state for failing to fix the education funding system.

Projections from the administration – based on a $200 million (3.38%) increase in education funding from 2015-16 – show that the Erie City School District, one of the poorest districts in the state, is in line for a 5.42% funding increase, while some of the richest districts can expect much smaller increases.

The top two districts in terms of per pupil spending in 2013-14 – Brownsville SD and Tulpehocken SD – will receive 2.48% and 2.9% increases, while the fourth highest spender, Bryn Athyn SD will pull in just $77 more than last year, according to the administration’s projections.

The Philadelphia School District’s 2016-17 budget will be boosted by an additional $47 million, with more than $1.1 billion set to be spent on the state’s biggest district. More than 200K students attend school in Philly, almost eight times more than in Pittsburgh, the state’s second largest district.

This interactive map published by the Lancaster Intelligencer shows the poverty rates for school-aged children in all 500 PA school districts.