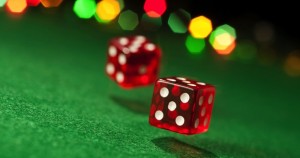 State lawmakers need to hit the jackpot to balance the 2016-17 budget, but were in no mood on Tuesday to expand internet and video gambling in the Keystone State.

Gov. Tom Wolf and the state legislature are on the ultimate cold streak when it comes to budgeting, with next year’s spending plan almost certain to miss the June 30th deadline.

Amendment 619 to House Bill 1925 failed by an 81-107 vote, while Amendment 622 failed 66-122. Interestingly, as Kevin Zwick of Capitolwire reports, the vote was not split down party lines, but instead by region.

The expanded gambling was projected to bring in additional $300 million annually, which was to be diverted to the Department of Education to pay public school employee pensions.

Casinos would have been given the option to purchase liquor licenses to serve alcohol 24 hours a day for an additional fee under the new measures.

After the votes, confusion arose among some state lawmakers as to which amendment was being held for a vote, so both will be reconsidered by the House as early as Wednesday, according to the report.

Pension reform is one of the top priorities for the GOP this budgeting season, with public pension liabilities ballooning out of control over the last few years.

The state is facing a projected unfunded liability of almost $6 billion this year, up from just $1 billion in 2010, driving school property taxes up and forcing districts to cut programs in order to keep up with their pension payments.

State pension systems are set to take center stage again this year, though it seems lawmakers are unwilling to kick that can any further down the road this time around.

The State House is scheduled to consider several gambling and pension bills on Wednesday.