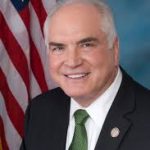 The Pennsylvania Democratic Party is hitting Congressman Mike Kelly on his desire to repeal the Affordable Care Act by highlighting the effects repeal would have on his district.  Kelly’s name is often floated as a possible candidate for the Governor’s office in 2018.

The Democratic Party cites a study from the Urban Institute that shows that over 102,000 western Pennsylvanians would lose their health insurance

“His constituents will lose their health insurance and be forced to pay higher premiums and higher prescription drug prices while losing consumer protections,” Pennsylvania Democratic Party spokesperson Brandon Cwalina said in the statement.

Using attacks like these to box Kelly into a corner on issues that Democrats are united on helps set a narrative against him in 2018.