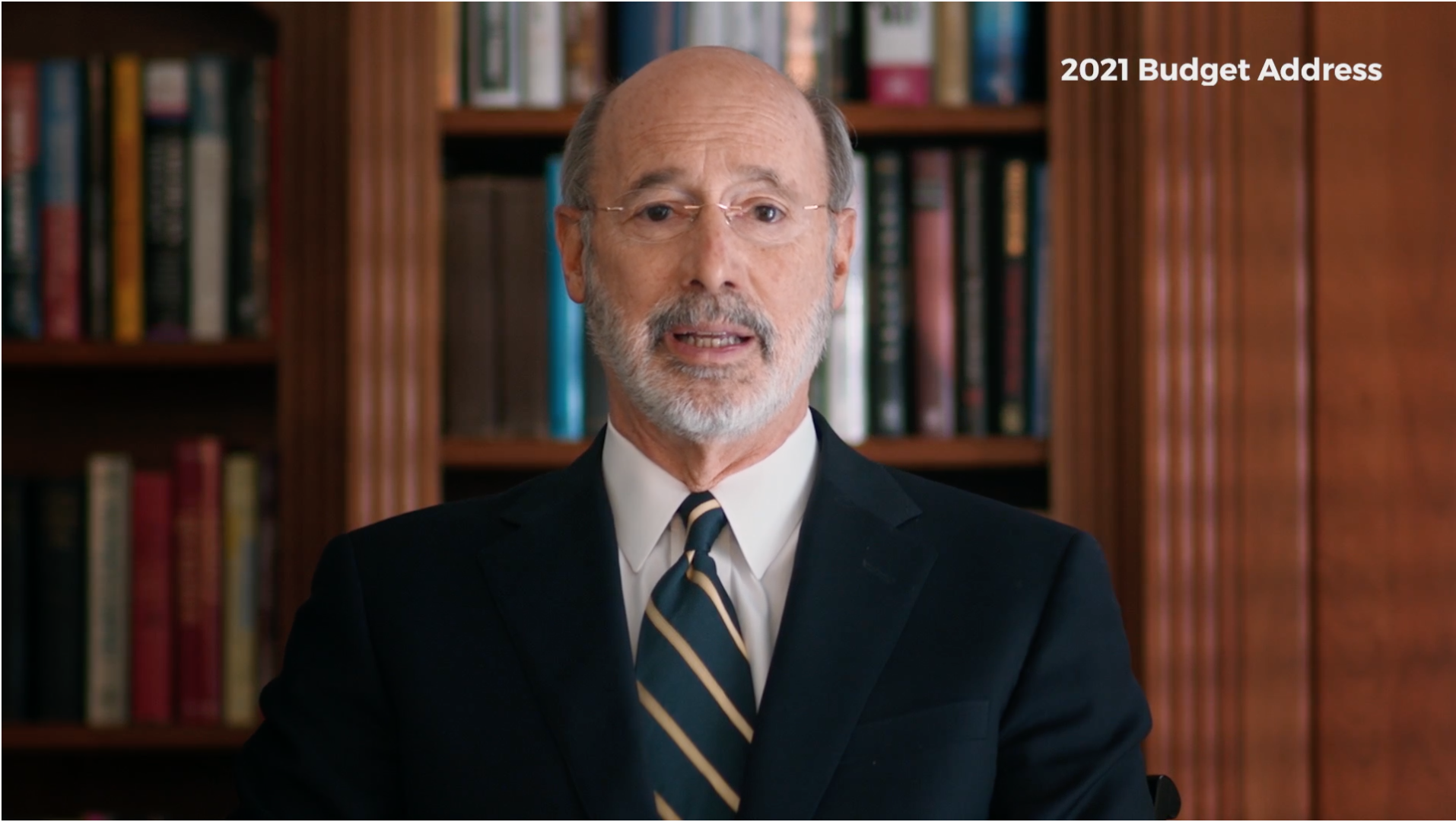 Wolf’s twenty minute recorded address on Wednesday said it was time to act “boldly,” which starts with his tax plan.

“Indeed, I think it’s more important than ever that we act boldly and courageously to remove those barriers once and for all,” Wolf said in prepared remarks. “So, today, I’m proposing a budget designed to do exactly that.”

A key part of his $37.8 billion budget proposal is to raise the state’s personal income tax from 3.07% to 4.49% for the top-third of the state’s wage earners, while the rest would pay the same or less, according to the Wolf administration.

Wolf said this tax proposal is not “about pitting the rich against the poor and the middle class.”

“The real question is whether everybody is paying a fair share – and whether we’re all getting our money’s worth,” Wolf said. “And the truth is, the answer to both questions right now is “no.”

“First big change: We’re going to stop asking working families to pay the same tax rate my family does,” Wolf continued. “I want to help working families get ahead by reducing their taxes.”

“The budget Gov Wolf is presenting is completely unsustainable, totally irresponsible and absolutely crippling to the state’s economy,” said Senate President Pro Tempore Jake Corman (R-Centre). “Now is not the time to ask Pennsylvanians to send more of their hard-earned dollars to Harrisburg.”

The budget offered by Gov. Wolf prioritizes massive spending increases funded by a tax hike on middle class Pennsylvanians, not vaccines or getting PA back to normal.

The @PAHouseGOP will lead this week with short-term COVID relief and plans to improve vaccine deployment. pic.twitter.com/ub26rKwWpO

According to the AP, the money from a higher income tax also would “fill a projected multibillion-dollar deficit largely inflicted by the pandemic.”

Like previous budget proposals, Wolf is calling for an increase in education spending. He said his plan includes an increase of $1.3 billion for schools, which he said will “more than double our investment in education.”

“Finally, we will be able to fully and fairly fund every school, in every school district, in every part of the commonwealth,” Wolf said.

Wolf also reiterated his calls for an increase in the state’s minimum wage, a severance tax on natural gas drilling, legalizing recreational marijuana, and more.

“If you’ve had enough of being told why your government can’t solve your problems, make it crystal clear that, this time, you don’t want to hear that anymore; that you won’t accept any more excuses,” Wolf said.

The GOP has a majority in both chambers and will have a voice in Wolf’s budget.