Pence to Headline ‘Cops for Trump’ Event in Westmoreland County 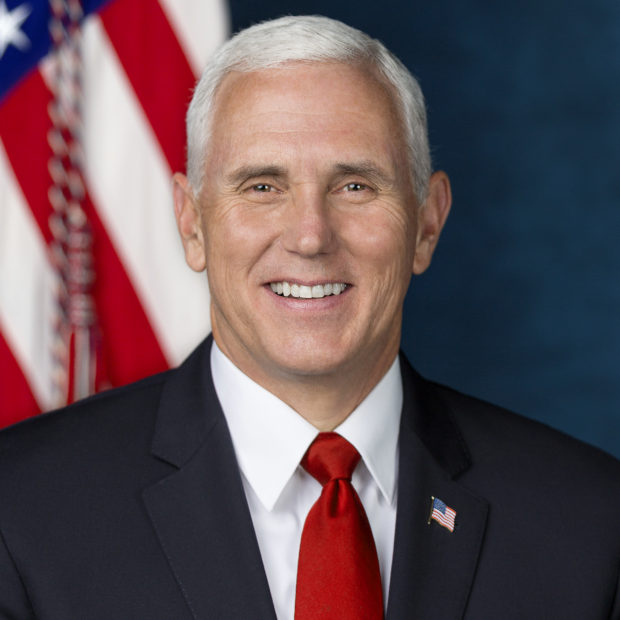 Vice President Mike Pence is returning to the Keystone State on Thursday to rally support for law enforcement and lead a conversation on America’s economic recovery following the COVID-19 pandemic.

On Thursday, Pence will headline a “Cops for Trump” event at the Greensburg Police Department in Westmoreland County.

According to a release from the Trump campaign, Pence will “reaffirm the Trump Administration’s commitment to always back the blue and condemn Joe Biden for his embrace of the far-left ‘defund the police’ movement.”

Despite the charge from the Trump campaign, former Vice President Joe Biden’s campaign has not called for “defunding the police.”

Later in the afternoon, Pence is slated to head to Somerset County to lead a conversation on America’s economic recovery following the coronavirus for an event billed as the “Great American Comeback Tour,” hosted by America First Policies, a group that supports President Donald Trump’s agenda.

The event at Guy Chemical in Somerset will feature a round table discussion on the nation’s economic recovery followed by a speech from Pence.

This event from AFP is its third in a series of national economic policy events. Pence also participated in the first event that took place in Butler County in mid-June.

The Pennsylvania Democratic Party said that the visit from Pence is an attempt to “distract from its failed COVID-19 response.”

“Mike Pence is coming back to Pennsylvania because the Trump administration is desperate to distract from its failed COVID-19 response,” said Pennsylvania Democratic Party Spokesperson Andres Anzola. “Instead of hosting political events and spreading misinformation about Vice President Biden’s record, Trump’s lackeys should get to work to help struggling Pennsylvanians who are sick or jobless because of his ineffective leadership.”

“We don’t need any more photo ops, we need the White House to stop ignoring public health experts, undermining testing, and pushing schools to reopen before it’s safe to do so. Enough is enough,” Anzola continued.

Pence’s upcoming trip to the state will be exactly three weeks after his most recent visit. On July 9, Pence made multiple stops through the state- starting in Lancaster County for a GOP fundraiser, then attending an economic roundtable discussion in Chester County, and ended his visit with a speech at Fraternal Order of Police Lodge No. 5 in Philadelphia.

Former Vice President Joe Biden’s most recent appearance in the state was also on July 9 when he delivered an economic recovery address in Lackawanna County.

The most recent polling show the former VP with an edge over Trump in the Keystone State.